The Ministry of Public Infrastructure, from 2015 to present, has successfully completed major infrastructural projects, as it continues to assiduously bridge the gap between the hinterland and coastland.

In an interview with the Department of Public Information (DPI), Hinterland Engineer attached to the Ministry of Public Infrastructure, Jeffrey Walcott, explained that the ministry’s primary objective is the improvement of major corridors and access in the hinterland. 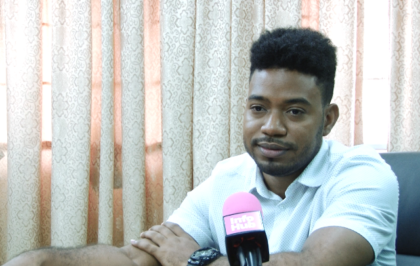 Walcott highlighted that several concrete roads constructed to last over 20 years have been completed. Also in some communities, rigid instead of laterite pavements are being built which would require less maintenance or rehabilitation. Also, several bridges will be upgraded from timber to concrete.

Though much more needs to be done, the Ministry is working smarter to ensure citizens received value for their money. The aim of these projects is to bridge the gap between the coastland and hinterland region through the utilisation of quality infrastructure.

Inclement weather, lengthy procurement processes, lack of experienced engineers and irresponsible road users are a few of the major challenges hindering the execution of hinterland projects.

Walcott explained there is difficulty in predicting the length and intensity of the rainy seasons. Also, several new contractors are still in the learning phase of building hinterland roads, which in turn affects the pace of work. The issue of overweight trucks plying the roads is also being addressed.

Nevertheless, efforts to address these challenges have been implemented including “acquiring more experienced engineers, recruiting more Clerks of Work for supervision and quality control and procuring more equipment for testing and collecting data. We’ve also spent more time engaging persons from GGMC (Guyana Geology and Mines Commission), Manufacturing and Miners Association to understand the challenges miners deal with since they utilise the roads more,” Walcott related.

On the subject of procurement, the Inter-American Development Bank (IDB) has been hosting workshops with the National Procurement and Tender Administration Board “NPTAB” to improve the purchasing cycle.

$2.302B is provided for in Budget 2017, for the continuation of road rehabilitation and construction in the hinterland region.