During today’s media briefing the Director-General noted while the pandemic appears to be stabilising or declining in Western Europe, most other countries are still in the early stages of the pandemic and some that were affected early are now starting to see a resurgence in cases. 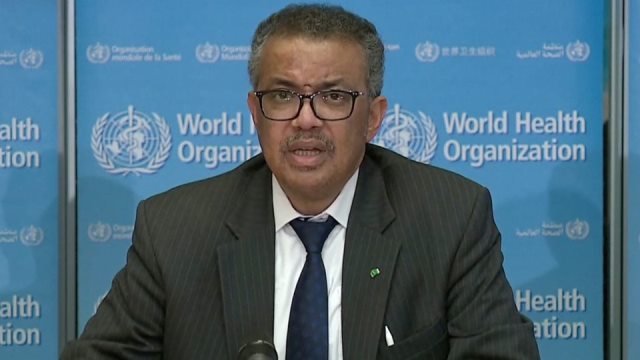 “Make no mistake: we have a long way to go. This virus will be with us for a long time. There’s no question that stay-at-home orders and other physical distancing measures have successfully suppressed transmission in many countries. But this virus remains extremely dangerous,” Dr. Ghebreyesus stressed.

He said early evidence suggests most of the world’s population remains susceptible. “That means epidemics can easily re-ignite” he explained.

Emphasising that complacency is “one of the greatest dangers we face” Dr. Ghebreyesus said while it is understandable that people wish to get on with their lives, “the world will not and cannot go back to the way things were. There must be a new normal – a world that is healthier, safer and better prepared.”

WHO is also actively addressing the impact of the pandemic on mental health. The organisation is working with mental health experts around the world and has produced technical guidance for individuals and health workers, recognising the enormous stress they’re under.

Additionally, the WHO also developed a free children’s book about COVID-19 with partners from UNICEF, UNHCR, IFRC and UNESCO among others.

In less than two weeks, the organisation received requests to translate the book into more than 100 languages, and the book is now being used among Rohingya children in Cox’s Bazaar, and children in Syria, Yemen, Iraq, Greece and Nigeria.

Globally, almost 2.5 million cases of the Coronavirus (COVID-19) have now been reported to the World Health Organisation (WHO), and more than 160,000 deaths.