Karrau to get new well soon

Residents of the remote indigenous community of Karrau, located in Region Seven will benefit from a number of developmental projects, one of which is the establishment of new well in the village.

Toshao Bertice Thomas told the Government Information Agency (GINA), “that the project is almost 90% complete with the laying of network of pipes to reach at least 105 homes.” 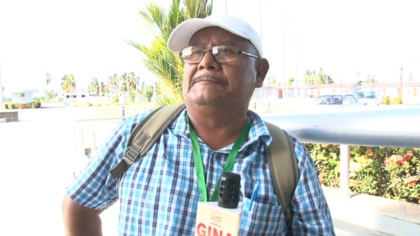 As part of the project, there will be the construction of a trestle to accommodate eight water tanks. Further, the toshao explained there will also be “the establishment of a solar panel … to have the water running on a daily basis.” The solar panels are expected to be installed within the next month.

The toshao also revealed that the village has acquired a tractor that is of tremendous benefit to residents. The tractor is currently assisting with transportation of logs, farm produce and mining equipment, Thomas said.

The main economic activities of Karrau are logging, farming, mining and transportation services.

Additionally, Thomas said that a number of developmental works are slated to commence in 2017. Thomas stated, “We are expecting to have the construction of a multipurpose building for the village which will house a sewing compartment, kitchen and a library for the village.”

The village is also expecting to receive assistance from the Ministry of Indigenous Peoples’ Affairs for the rehabilitation of its main road. According to the toshao, the seven-mile road is in a deplorable condition.

Toshao Thomas said he is keen on ensuring that all or most developmental projects are completed before the end of his three- year term.