The Local Government Elections (LGE) results are now final in the Region 10 Neighbourhood Democratic Council (NDC) of Kwakwani, following the “pulling of the names” of the two candidates who contested in Constituency Four and were initially tied.

As stipulated by the Guyana Elections Commission (GECOM), the Alliance for Change (AFC) candidate Latoya Mohammed and candidate for the independent group, Kwakwani United for Progress (KUFP) Petronella Pollard had their names placed in a bag and the Returning Officer drew the winner’s name in the presence of a magistrate. Mohammed’s name was pulled; making her the representative for Constituency Four.

This now means the Alliance For Change (AFC) have secured three of the 12 seats, the A Partnership for National Unity (APNU) secured four, the PPP secured two seats and the KUFP secured three seats.

Mohammed said that she is ecstatic that she emerged the winner for her constituency since she is now in a position to make representation at the council for her community. “I am happy that I won …I will be better able to get things done and to address the problems in my community such as street lighting, de-bushing and garbage collection.” 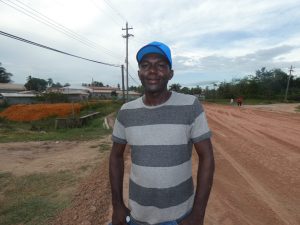 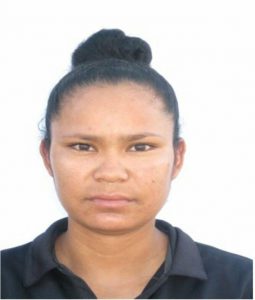 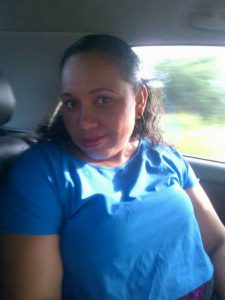 The other constituency representatives for the five constituencies, thus far, are Paris Archer, Omenel Simon, Maleka Russell, Orville August and Elsie McPherson. The independent group KUFP had a better showing at last LGE in 2015, when they gained five seats.

Orville August, of Constituency Five, acknowledged that the hosting of the LGE has allowed the NDC of Kwakwani to develop. August said that the community was able to acquire a subvention from central government for development. The community was also furnished with a barge and the Council would have cleared overhanging trees, cleaned drains, repaired the roads and installed street lights.  “… we have also had several ministerial visits which enabled us to network and build capacity as a community. We would have gotten a tractor for garbage collection from the Ministry of Public Infrastructure and that is helping to maintain a clean and healthy community. Residents were also able to acquire land titles from the Ministry of Communities,” August explained.

The Constituency Five representative promised to serve the residents not only of his Constituency but the entire Kwakwani and to work in the best interest of all.

Constituency Three candidate, Maleka Russel also pledged to represent her community and to do so selflessly and diligently. She expressed gratitude that the residents placed their confidence in the younger candidates and elected them to manage their respective communities.

Kwakwani had about 40 per cent voter turnout at this LGE.