The Ministry of Education and Guyana Teachers’ Union (GTU) 59th National Schools Cycling, Swimming and Track and Field Championship opened with a burst of colour on Saturday evening. 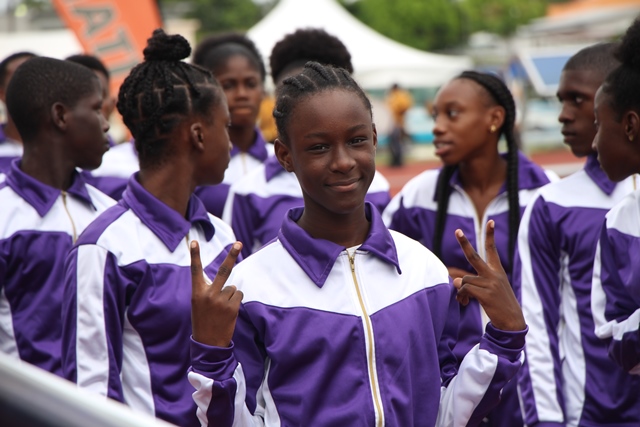 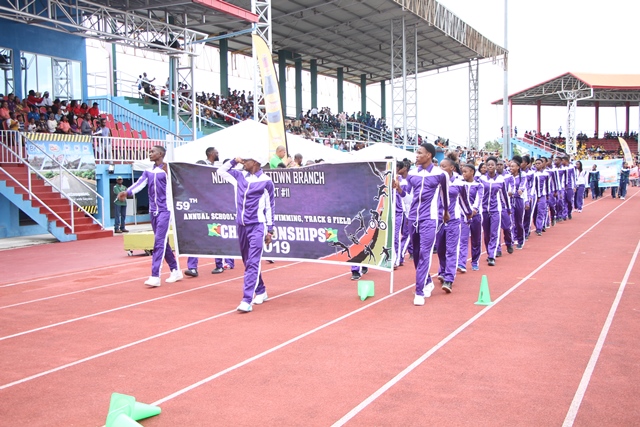 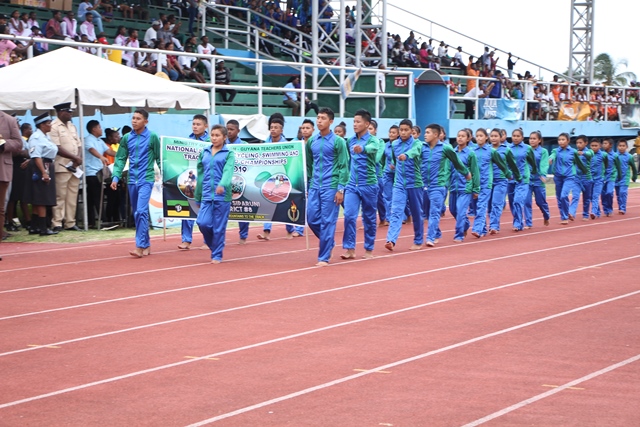 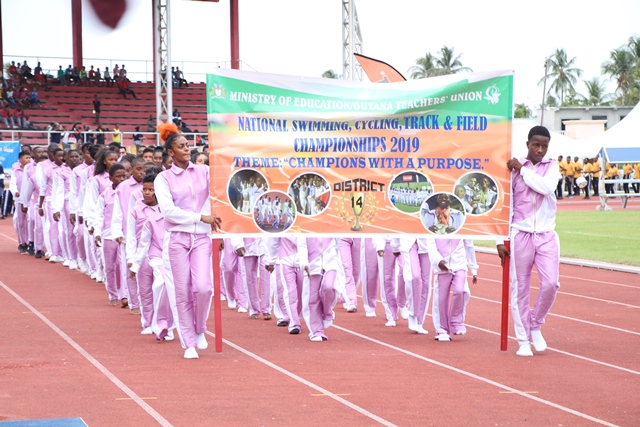 The event which is being hosted at the National Track and Field Centre, Edinburgh will see student-athletes from 15 districts competing for top honours.

In his address to declare the Nationals open Minister of Social Cohesion, Hon. Dr. George Norton described the annual event as a showcase for the nation’s most promising athletic talent, and is the place where “our boys and girls either come to realise that sports simply make fantastic hobbies, or that the dream of becoming an Olympian can very well become reality.”

He also noted that the administration is working to continue “levelling the playing” field for all athletes both on the coast and hinterland.

Chief Education Officer (CEO), Dr. Marcel Hutson told the gathering that while this initiative was created primarily to showcase the collective talent of young Guyanese, it helps to build their confidence and self-esteem as they move forward in life.

“As a ministry, we have been constantly focusing on the holistic development of our learners hence the heavy financial investment in sports and physical education. This is because we believe engaging in sports will significantly improve the overall development of our children,” he noted.

Recognising how essential it is to integrate sport disciplines into the school curriculum, the CEO said that the ministry is currently taking steps to ensure Physical Education is re-introduced in schools.

District 10, Upper Demerara/Kwakwani has won the competition 17 times and will seek to retain the crown.