At sixty-three years old, most grandparents are at home with their families, or quietly enjoying their retirement, but not Natalie Singh who continues on a path she began thirty-eight years ago.

The mother of two, who is also a grandmother, is the oldest Microscopist in the Upper Takatu-Upper Essequibo Region.

She boasts of her ‘excellent’ eyesight, a crucial requirement of her job which entails the identification of malaria parasites or its antigens/products in the blood of patients; training she received from the Pan American Health Organisation/ World Health Organisation (PAHO/WHO) back in 1981. 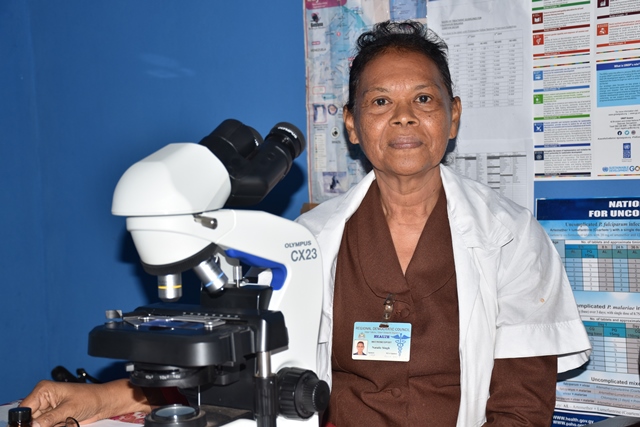 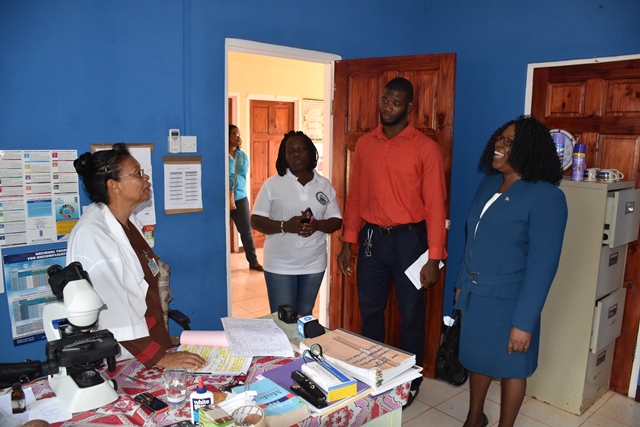 “I travelled all over the country except Bartica and Linden. The whole of Region Nine in my younger days with my children, that was when malaria was rampant in those days,” Singh told the Department of Public Information (DPI).

Today, she continues testing as well as training and supervising other staff members.

Singh explained that the magnification of the microscope is 1,800 a person’s normal eyesight. However, “when my colleagues are putting on their glasses, I am taking off my glasses,” she joked. She was proud to note that she only wears her glasses to view objects at “long distances”. “I really don’t need the glasses,” she told DPI.

Singh currently lives in the township with her 87-year-old mother, who is also a retired nurse.

“I worked all over in the hard times and the good times. Now the malaria is reducing because we never had microscopists in localities. There were five at the office who were from Georgetown and all the work would come from the village,” she explained.

She recalls examining “hundreds and hundreds of smears, where the quota per day was just 75. Even with that, there was still a backlog of close to 900 smears, she said.

Singh who is now employed on a contractual basis said, “I love my job, that’s all I can say.”