– power has returned to residents

Sustained community development was the driving force for residents who turned out to vote at polling stations in the constituencies in Lethem. The township has five constituencies falling within the Moco-Moco to Manari boundaries. 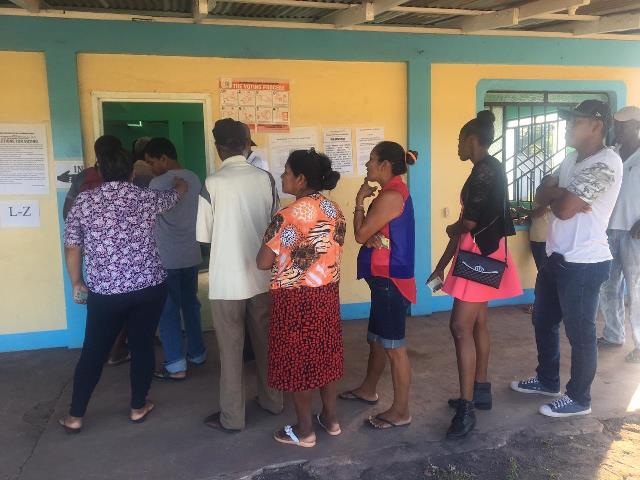 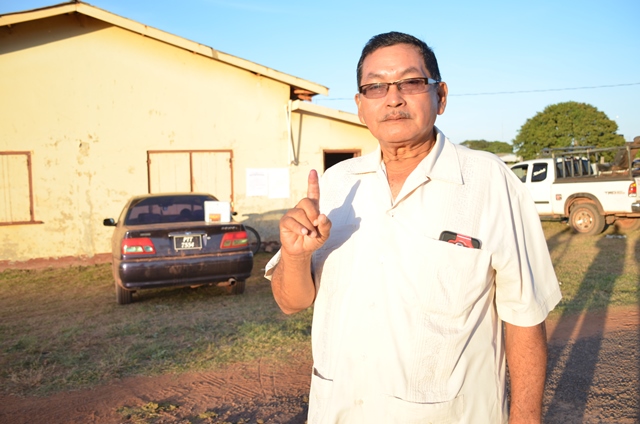 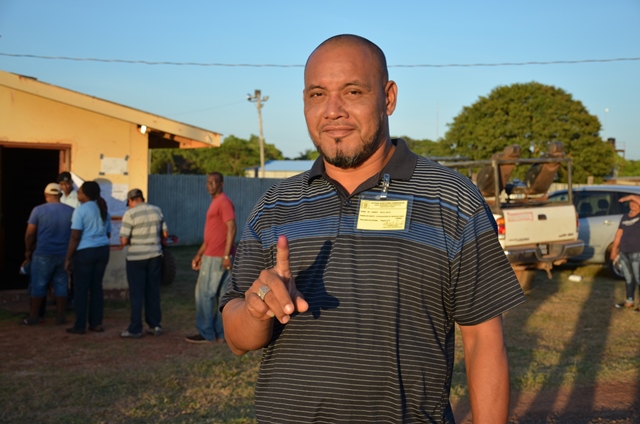 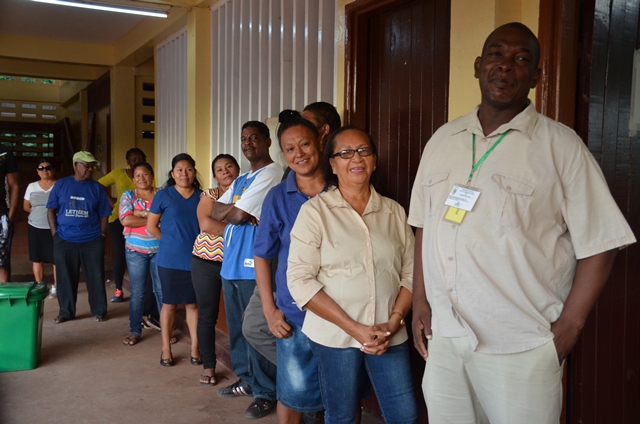 Carlton Beckles was first in line at the Arapaima Primary School to cast his vote. 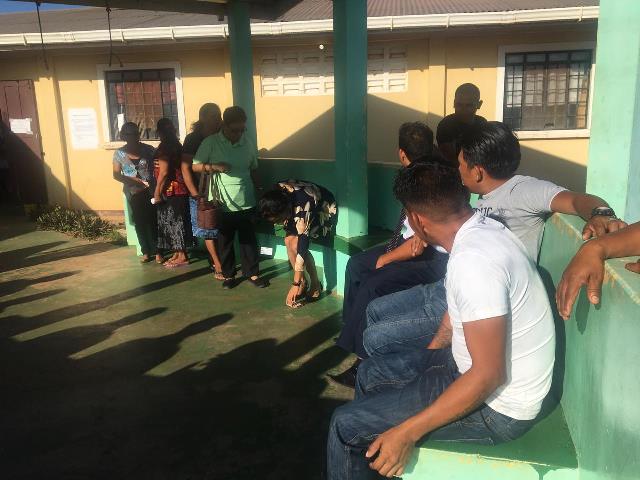 Residents were queuing at polling stations since 5:45hrs today to cast their ballots. At all locations, including the Arapaima Primary School, Tabatinga Sports Complex and the Wadapna Community Centre Ground, scores of persons were gathered.

Officials including the incumbent Mayor of Lethem, Kerry Jarvis and Regional Chairman, Brian Allicock were among the first to vote in Constituency Five. Mayor Jarvis was the very first in line at the Wadapna Community Centre ground to cast his ballot.

Jarvis, who is also a candidate for Constituency Five, said he not only finds it important to vote but is hopeful that other persons including the younger eligible residents take this opportunity to exercise their democratic right.

“It ensures that you have the power here to have a say in your country as to what is it you are expecting, what it is that you need; but if you don’t cast your vote you have no power and you should not complain,” Jarvis explained.

Regional Chairman of the Upper Takatu-Upper Essequibo Region, Brain Allicock said he is hopeful and prepared to mobilise the RDC to work with whomever the elected candidates are, to continue with the developments that are already underway in the town of Lethem.

“It feels so good to be a part of this exercise in that we are free to exercise our franchise and we can make a choice of our own. The thing is Local Government Elections are very important especially now that Lethem is a town and we have to continue the development.” Allicock said.

Meanwhile, Carlton Beckles, APNU Election agent and former Mayor of Lethem indicated that bringing local governance to the people can only benefit them. “It is very important to vote at these elections… This is our second LGE in 23 years… There are achievements we would have gained over the past two and half years and it can only continue.”

Beckles said he is confident that LGE is going to become a regular feature, and as a result, citizens will expect it as the times go by and more persons are made aware of the importance of these elections.

According to observers in the town, a high volume of voters is likely to come out and cast their ballots during the first half of the day. This year’s LGE in Lethem has seen the turnout of several first-time voters.