─ Initiative part of the Sports Commission ‘light it up’ campaign

Twelve (12) 1,000 watts lamps were installed at the Waramadong Sports Ground in the Upper Mazaruni, Region Seven in time for the hosting of the annual Upper Mazaruni District Games being held from August 05 to 12, 2018.

The initiative forms part of the National Sports Commission’s ‘Light it up campaign’ which started in 2017. A total of $15Million was spent to procure the lights and supplies for various grounds across the country where competitions are held.

Director of Sport, Christopher Jones explained that the aim is to install lights at every community ground, in the Upper Mazaruni district, where the games are hosted every year. The first batch of lights was installed at the Kamarang’s community ground last year.

In addition, Jones said funds were provided for upgrades to the field and pavilion among other areas.

“Essentially, we provide from $1.5Million to $2 Million for ground enhancement, but because of where these communities are located, we may have to give double that amount. So, every year, in whatever village the games are being hosted we will give that support,” the Director of Sport assured. 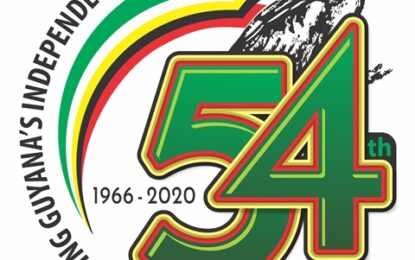 Author Details Neola Damon Author email neola.damon@dpi.gov.gy DPI, Guyana, Monday, May 25, 2020 Guyanese can look forward to spectacular performances from artistes at home and abroad as this year’s virtual 54th Independence flag raising and cultural showcase. The programme will be aired on the... END_OF_DOCUMENT_TOKEN_TO_BE_REPLACED