Minister of Natural Resources, Raphael Trotman is assuring Guyanese that the government is on target with its plans for the rapidly expanding oil and gas sector. “We are right on target for where we ought to be…in 2017 and headed towards (oil) production by mid-2020,” Minister of Natural Resources Raphael Trotman said at the opening ceremony of the Centre for Local Business Development on Thursday afternoon. 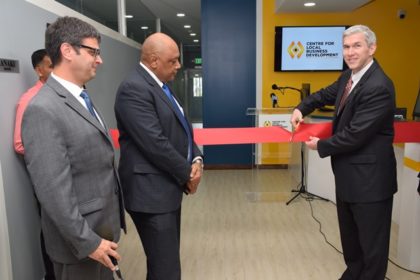 There have been some concerns about the country’s progress in preparing for the emerging oil and gas sector, however, the Natural Resources Minister pointed out that, “We are in a marathon, not a sprint”.

The government has been putting a number of major framework in place in preparation for the country’s oil and gas production. These include completing a series of legislation and policies to guide the sector and developing a national oil company and a petroleum institute.

Works being undertaken by the government also include partnering with leading producer, ExxonMobil to create linkages and opportunities for the local industries to benefit from the development in the sector.

Exxon’s Centre for Local Business Development is a realisation of such a partnership.  The Centre itself is located at IPED building on South Road, Bourda. 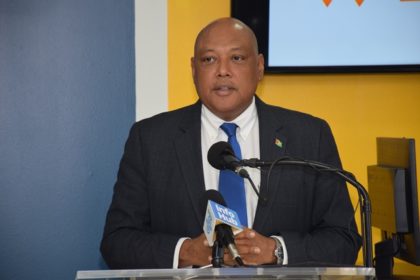 industry, strengthen their competitiveness, and prepare themselves to supply the oil and gas industry with various services. The Centre in addition to being the hub for the training of the local businesses, will also be where ExxonMobil will post contracts and tenders that are available in the sector.

ExxonMobil’s Country Manager Rod Henson explained that the company worked very closely with the Ministry of Natural Resources and the Government to identify the need for the Centre.

The ExxonMobil’s Country Manager believes that the Centre will be “a launching pad for creating a very vibrant support industry.”

ExxonMobil will continue funding the Centre for the next three years and it will be managed by DAI Global, for the next two years. DAI Global is a private development company based in Bethesda, Maryland, United States of America, with additional corporate offices in London and Hemel Hempstead in the United Kingdom. 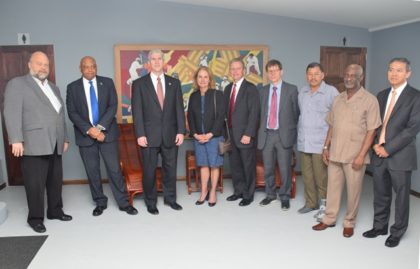 Henson explained that within the next two years, DAI will be partnering with the Institute for Private Enterprise Development (IPED), EMPRETEC, BrainStreet and Food Management Services to provide training for small and medium Guyanese businesses, within the Centre, so that they can take advantage of the opportunities that would emerge as the country starts producing oil.

After three years the Centre will then be managed by Guyanese.