A new local company is hoping that the geo-chemical analytical services it provides will encourage economic mining among small and medium scale miners. 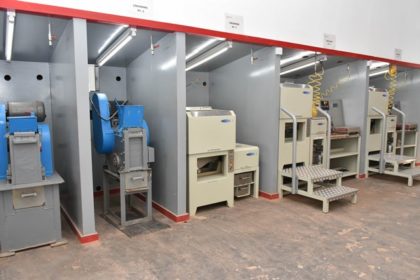 Machines that will do the crushing of samples.

On Thursday, Minster within the Ministry of Natural Resources Simona Broomes visited MS Analytical located in Coldingen, East Coast,Demerara to have a firsthand look at the state of the art facility.

Country Director of MS Analytical Rory Forde informed the Department of Public Information (DPI) that $220M has been invested by his company A2Global Guyana Incorporated in collaboration with Australian and Canadian partners. The geo-chemical analytical facility is offering analytical services to companies in the mining sector

“The facility is primarily designed to provide sample preparation services,” Forde said. The samples can include rock, sand, sediment and soil which are analysed using international industry standards.

Forde, believes that his company’s services can lead to more economical mining particularly for small miners. “If you actually know where you are extracting your minerals from before you actually put an excavator on the ground…they can have a better idea if they have samples,” Forde said.

Small miners can use the information generated from MS Analytical to have a more economically feasible operations. “We’re basically taking away the hit or miss element of mining because this is a precise science,” Forde said.

Forde added he is willing to subsidise the cost of testing to small miners who organise themselves into groups. “I have said to my partners in Canada…we will do some free work. We can utilise a part of our facility to help them out and we will definitely subsidise the cost because you know… small miners today become big companies tomorrow,” Forde said.

Minister Broomes said the company’s service could be beneficial to the syndicate project, for which she has lead responsibility.

“The government, we’re talking about green mining and we look at how we can avoid deforesting areas that are not feasible to miners so the idea of small miners coming together and bringing their samples…I think is a win-win for the miners who are the investors,” Minister Broomes said.

She noted that the technology is “vital, is crucial where we’re heading with the sector”. According to Minister Broomes laboratories like these are encouraging especially as Guyana is looking to map and quantify all of its minerals.

MS Analytical will also be ensuring skills transfer to the local populace. “We want to impart this knowledge, have it become a skill that is available in these parts,” Forde told DPI. The company has been in discussions with the University of Guyana to offer internship arrangements at its facility.

The facility is expected to employ upwards of 70 Guyanese. The facility can also test for base and special metals. The company is also establishing laboratories at its facility to do oil and petrochemical testing.

Forde, a Guyanese, said he has worked in western and southern Africa and decided to proceed with the investment to cater to the “upsurge of mining” since Guyana is still considered a “virgin” mining country.

MS Analytical commenced operations some two weeks ago but is still in the process of finalising installation of equipment and getting ISO certification for the facility. 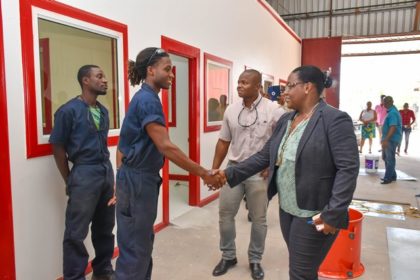 Minister Simona Broomes meets with some of the staff of MS Analytical. 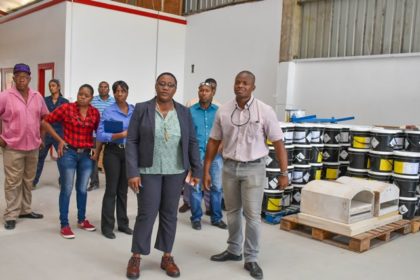 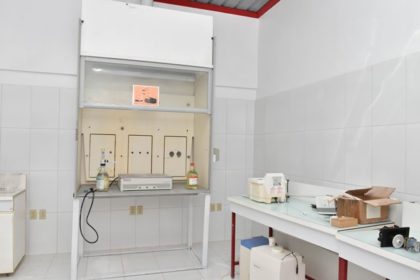 One of the laboratory facilities. 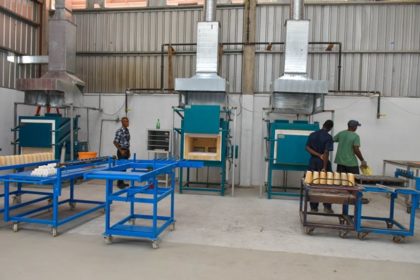 Some of the equipment to be used in the analysis process.