“We are focusing on low income and state employees. If you are a state employee; a police, soldier, nurse, teacher etcetera, immediately you are in a category that fits the whole scenario.  Income is also taken into consideration for these housing,” Patterson said. 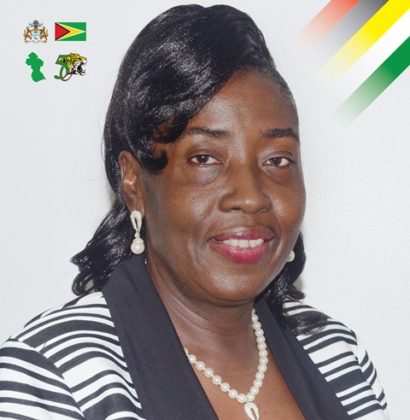 Hon. Valerie Patterson, Minister within the Ministry of Communities, with responsibility for housing

Diamond, East La Penitence and Cummings Lodge are areas identified for the provisions of housing using methods such as “rent’ to own and partnerships with housing developers.

In a recent interview with the Government Information Agency (GINA), Minister Adams-Patterson said the Government was discontinuing the 1000 homes Turnkey housing project at Perseverance and Providence, given poor occupancy rate and the number of people still waiting for a house lot.

Acknowledging concerns raised in some quarters, the Minister pointed out that the style of buildings will not reduce the individuals’ privacy in any way.

“You are not sharing. You have your own space; it’s a complete apartment with everything. The only space you share is when you go to the stairs or the elevator,” the Minister noted.