Residents in the township of Lethem and surrounding communities can expect faster internet connectivity in a matter of weeks.

This was disclosed by General Manager of the National Data Management Authority (NDMA), Floyd Levi. He was at the time accompanying Minister of Public Telecommunications, Hon. Catherine Hughes during a site visit to the LTE tower in Lethem, Upper-Takatu, Upper-Essequibo, Region 9. 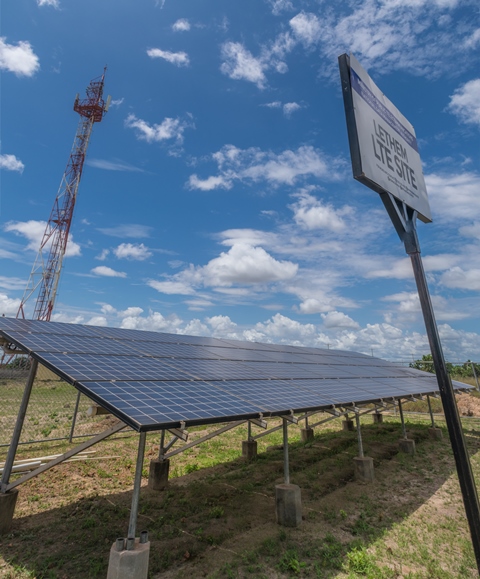 Levi explained that the tower’s infrastructure was part of the failed $1.3Billion fibre optic cable project which was started by the previous administration. According to the NDMA General Manager, the site was abandoned in 2014, and in 2016, a team comprising of Minister Hughes along with representatives from MOTP and the NDMA visited the area. It was then that a site assessment was conducted, and several options explored.

“The option that worked for us was to actually use this site… We actually refurbished it an brought it back to work,” he stated.

All government agencies in the township inclusive of the hospital, library and St. Ignatius Secondary School will be connected. He disclosed that with the recent repairs done, communities located as far as in the “foothills” of the Kanuku Mountain range would be able to access the service.

Some of the communities include Parikuarinow, Kumu, Moco Moco and Hiowa.

Levi expressed hope that the works will be completed within three weeks.

Minister Hughes and her team also visited the Lethem Regional Hospital, where the telemedicine initiative is expected to be implemented shortly. The hospital already has internet connectivity.

“Since it has been installed, we have been able to communicate with our subdistricts,” he said, further explaining that the service is available in Annai, Aishalton, Karasabai and Sandcreek.

He deemed the service as very essential as it relates to the transfer of patients and updates of a patient’s status.

A similar telemedicine service is implemented in the village of Orealla. This allows doctors and healthcare providers at the Orealla Health Centre to have direct video communication with central hospitals such as the New Amsterdam Regional Hospital and other hinterland health centres.

Currently, Lethem’s internet speed ranges between 2nd Generation (2G) and 3rd Generation (3G). The installation of an LTE tower in the region is part of the Coalition Government’s effort to bridge the gap between the coast and the hinterland. This includes bringing the quality of government services to every part of the country.