Mainstay/Wayaka to get upgraded road and airstrip

The community of Mainstay/Wayaka on the Essequibo Coast will soon benefit from an upgraded airstrip and road.

Arnold Adams, a representative of the Regional Democratic Council, during a presentation at the recently held heritage celebrations, delivered the news to the residents.

Meanwhile, Minister of State Joseph Harmon who also attended the event noted that airstrips are vital to the development of communities and one at Mainstay will be wholeheartedly supported.

“In the 2017 budget, there is a sum allocated for I believe 90 something airstrips to be upgraded. And certainly, once the recommendation comes from the regional democratic council of region 2 for work to be done on this airstrip here at mainstay and because we understand the link which it has for tourism and the development of this community; it will get the kind of priority it deserves.” the minister stated.

Toshao of Mainstay/Wayaka Joel Fredricks, speaking with Info Hub via telephone, said that the realisation of the promise of upgraded road and airstrip will be of great benefit to the community of more than 600 persons.

According to Toshao Fredricks, the existing airstrip has been inoperable since 2002. He also disclosed, once it is operational, the village council will assume responsibility for the maintenance of the airstrip.

Fredricks observed that the airstrip will not only boost community tourism trade and transport but will also benefit miners. Several miners from as far as the Pomeroon currently have to travel all the way to Eugene F. Corriera, Ogle, to get a flight to Region One.

Mainstay/Wayaka is currently accessed via road from Anna Regina. However, the deplorable state of the road has hampered tourism and other businesses in the area. The upgraded road will be a great relief for residents of the community as well as those in the neighboring communities of Lima Sands, Tapakuma, and Red Lock. 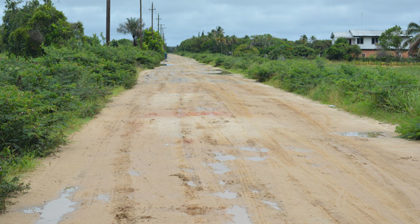 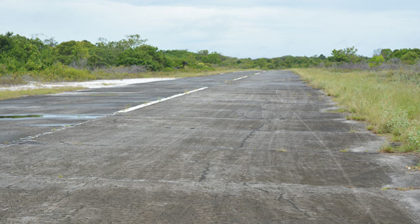