Several residents of Meten-Meer-Zorg, West Coast of Demerara have voiced their concerns regarding the Tuschen/Uitvlugt Neighbourhood Democratic Council (NDC). According to the residents, there is a need for the NDC to put aside divisive politics and develop their community. The residents made known their concerns during an interactive meeting with government ministers in the community today. The meeting saw 200 Meten-Meer-Zorg residents.

A resident, Quacy Gilkes cited the example of a call being made to the NDC officials to clean the school’s compound. He explained that enquiries to the NDC saw them responding that it was “President Granger’s responsibility”. 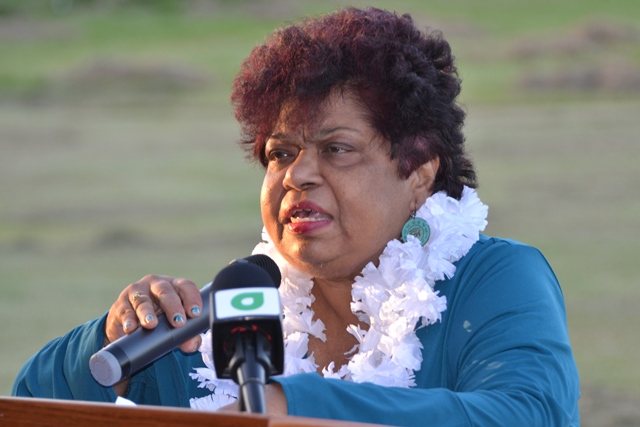 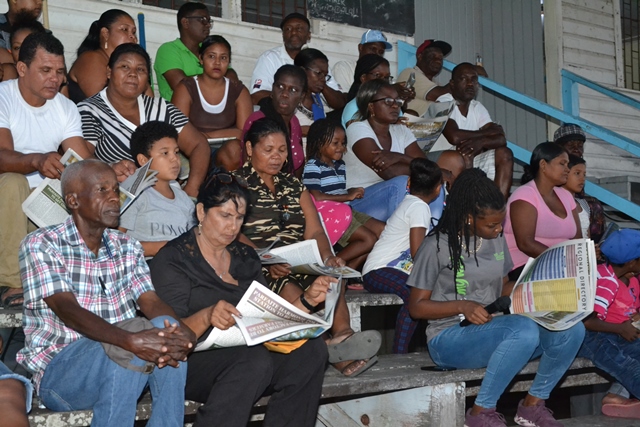 A section of residents at an interactive community meeting at Meten-Meer-Zorg, West Coast of Demerara. 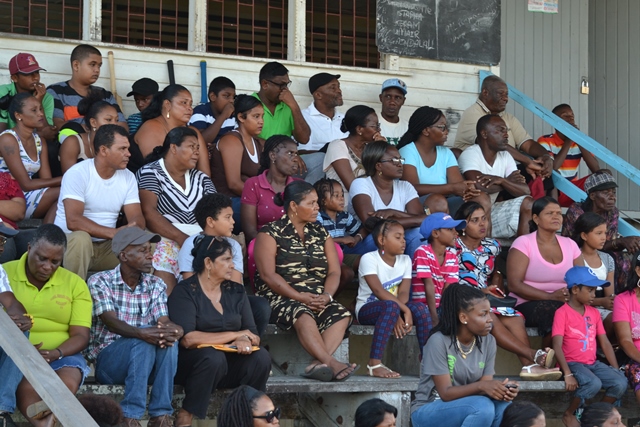 A section of residents at an interactive community meeting at Meten-Meer-Zorg, West Coast of Demerara.

Another resident mentioned the need for a main canal adjacent to the nursery school to be desilted and laid the blame at the feet of the majority led PPP-controlled NDC. Meanwhile, Seymore Thomas, another resident, highlighted the persistent flooding due to a defective Koker which the former government removed to the village of De Willem and failed to replace. West Meten-Meer-Zorg continues to be flooded once it rains, he added, noting the NDC’s failure to improve the community centre.

Most of the issues raised, centred on the need for better drainage, roads, streetlights and a rehabilitated community centre.

A former NDC Councillor Errol Baird shared similar sentiments. “They [NDC] are claiming that they’re paying rates and taxes and they’re not getting service. This government should look into the system in which the NDC operates. One of the things I can tell you is that what they’re claiming is that if they carry out any works the Coalition Government will look good, and they don’t want that!”

Social Protection Minister, Hon. Amna Ally, who hosted the meeting, instructed the Regional Executive Officer, Jennifer Ferreira-Dougall to meet with aggrieved residents and take the issues with the Ministry of Communities.

Minister Ally described the NDC’s actions as counterproductive, noting that these are clear signs of politics being placed before the people. She made it clear that the NDC officials were elected to serve. She took the opportunity to remind the attendees that the Coalition Government has a record of serving and working for all Guyanese and will continue to do so.

The Social Protection Minister also reiterated the need for all Guyanese to shun divisive politics.

The minister reiterated the Coalition Government’s developments over the last four years and what they could expect in the future. These included the benefits from the pending ‘first oil’, in the next few months.

Minister Ally also outlined the expansion of the Five B’s programme, along with improved health services, and infrastructure. She also took the opportunity to encourage citizens to get registered noting that the exercise will be completed on August 31.

The meeting was one of 13 similar meetings held across Region 3 (Essequibo Islands-West Demerara) by government ministers and top government officials, aimed at interacting and understanding the needs of residents.