Minister of Communities, Ronald Bulkan has assured councillors of Region Two that his ministry would investigate the complaints made against Regional Executive Officer (REO), Rupert Hopkinson and address them, “if and when they are found to be valid.” The minister held a meeting with the councillors last weekend. 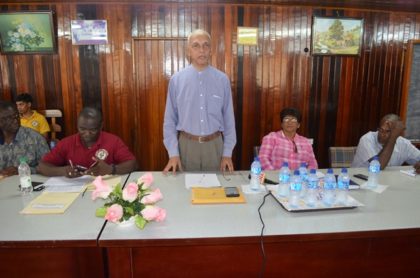 The meeting was held to discuss some of the issues hindering the efficient delivery of services in the region.

During the meeting, councillors complained that the RDC was being reduced to a “talk shop” since many decisions of the council were being ignored or not being implemented by the Regional Administration. They singled out the Regional Executive.

Addressing the concerns, the minister noted that the job of the REO is not an easy one. “He has the responsibility of balancing many competing interests and the resources are not inexhaustible,” he said. 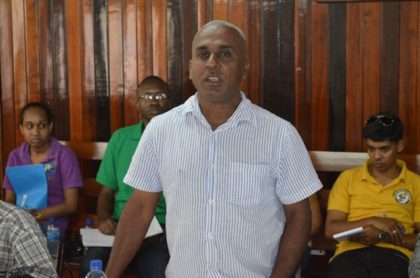 The minister called on the councillors to appreciate that the REO has the burdensome responsibility of coordinating the work of all the various sectors and programmes. “As such, when shortcomings are identified on his part we have to seek to investigate and to determine … the real reasons, that are responsible for this,” the Minister urged.

Additionally, Bulkan urged the councillors not to be condemnatory but to use the observations to help to identify whether there are indeed shortcomings and if so, how these can be addressed so that the work of the council becomes meaningful.

Also of concern to the councillors was the absence of Heads of the region’s work programmes at statutory meetings of the council.

Other concerns raised during the meetings were the conditions of playfields, schools, and drainage and irrigation (D&I) works in the Region. 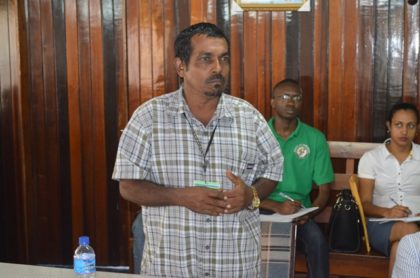 Minister Bulkan noted that these are issues the RDC can address, “if it is not a talk shop, if it is a meaningful organ that it ought to be.”

He noted that the RDC has the resources, the capacity, the capability, and “it should be able to have these issues addressed in a timely and efficient manner. … but, again, these things would only happen if the level of functionality that is needed and necessary is present in the council and in that regard we have a responsibility,” the Minister said.

The Minister also called for the council and the regional administration to cooperate to provide much needed services to the people of Region Two. He assured that the Ministry will seek to ensure more regular engagements with the regions.

Minister Bulkan was in Region Two during the period October 21-22. He was accompanied by Permanent Secretary, Ministry of Communities, Emilie Mc Garrell.

During the two days the Minister and the PS met and engaged with the members of the RDC, the Anna Regina Municipality and the Chairpersons, Vice Chairpersons and Overseers of the Neighborhood Democratic Council (NDCs) along the Essequibo coast.