Minster within the Ministry of Public Infrastructure, Annette Ferguson has apologised for the inconvenienced caused by the sunken dredge, to users of the Mazaruni channel, Region Seven. 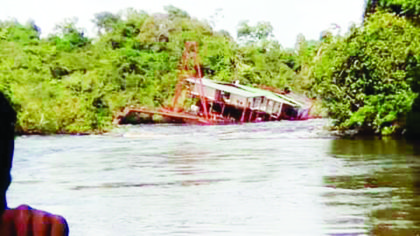 Sunken dredge in the Mazaruni river

Minister Ferguson in an invited comment from the Government Agency (GINA) said she understands the plight of those affected and is apologising to them. The Minister is urging residents, tourists, boat operators, miners and school children to continue to have patience as the Ministry works to bring relief shortly.

Minister Ferguson told GINA that engineers from the Maritime Administration Department (MARAD) took the initiative to cut the dredge into pieces to surface it and by the end of September the entire dredge should be surfaced. 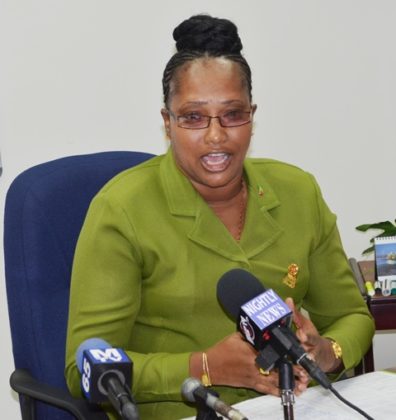 Media reports state that approximately two months ago, the dredge sank while it was proceeding along the river on its way to Potaro. This had adversely affected entrance and exit for users of the Mazaruni River. It was subsequently reported that the dredge had shifted position to the middle of the river, making the situation worse.

However, the Minster said, “relief is underway for the affected riverine communities and I can assure the operators who ply their trade in the Mazaruni area, they will be relieved as we work to remove the dredge as soon as possible.”

The channel in which the partially submerged dredge is located serves as the only avenue for transportation for the riverine communities to the upper and middle Mazaruni.

Recently the Ministry of Natural Resources had indicated that the Ministry is currently engaged with a mining company to remove the dredge from the channel and the ministry will continue to monitor the situation in collaboration with MARAD.

Minister Patterson explained that Crown Mining Supplies which owns the dredge is likely to assist with the cost of its removal.