The Minister of Social Cohesion, with the responsibility for Culture, Youth and Sport, Dr. George Norton (Seated-Centre) with members of the Guyana Floodlight Softball Cricket Association, a few Sponsors of the 7th Guyana Softball Cup Cricket Tournament and members of the Demerara Cricket Club, at the launching of the tournament today.

During his remarks at the opening ceremony, which was held at the Demerara Cricket Club Pavilion, the Minister said, “This Tournament will attract overseas and local teams, benefiting not only those participating but also giving a boost to sports in general and sports tourism in Guyana. It will certainly benefit Guyanese economically, socially, culturally and mentally.”

Minister Norton also pointed to the economic benefits of this type of competition. “Money will be injected into the local economy since tourist destinations, hotels, beverage companies, food suppliers, and entertainment centres will benefit from this activity” the Minister said. He noted further that the event, which is also referred to as the country’s premier international softball cricket tournament, will help to bring together both local and international teams, fostering social cohesion among Guyanese and the rest of the world. 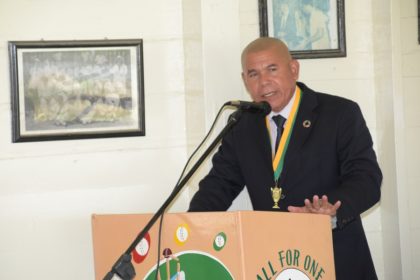 Dr. Norton Addressing the gathering at the launching of the 7th Guyana Softball Cup Cricket Tournament.

The Minister also commended the Guyana Floodlight Softball Cricket Association for sustaining the tournament over the past seven years.

Meanwhile, President of the Association, Mr. Ramchand Ragbeer, noted that there were some challenges in organising the tournament. However, he remains optimistic about its success. “It took hard work from our members and all of our aspirations to make this a reality,” Mr. Ragbeer said.

Mr. Ragbeer also said that the tournament has been a success because of the incredible support it has received from cricket fans over the years. “It has gained tremendous success with over 3000 fans in the last two years at the finals,” The President of the Association said.

The tournament which is slated for November 3-5, 2017, will see about 24 local and international teams vying for prizes, in the form of tokens, cash and trophies, among other winnings.  The matches, which are expected to be played at different locations across Georgetown are divided into two categories; the opening category and the over 45 category, which is also called the Masters Tournament.

Also in attendance at today’s launching, were Vice President of the Demerara Cricket Club and former West Indies cricketer, Mr. Roger Harper, and sponsors of the tournament. 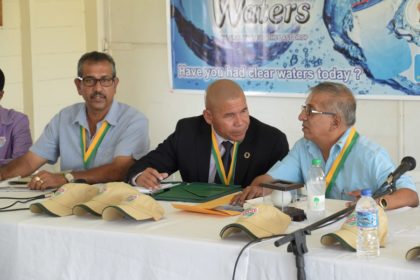