First and foremost Congratulations to the Jamaica Teachers association who has one all the matches they have played in this tournament.

As a sports enthusiast and an avid follower of cricket, I am pleased to be given this opportunity to make some brief remarks.

The Guyana Teachers’ Union after a seventeen years hiatus has had the enviable opportunity to once again host the CARIBBEAN UNION OF TEACHERS Les Harris Male Teachers Cricket Tournament. Of course the last time this tournament was played in Guyana it was a 50 overs game, today we witnessed the semi-finals and finals of a T20 tournament. Much has changed in cricket over the years but what I believe remains intact is the ability of cricket and sports in general to bring people together, to create lifetime bonds and to show comradery when competing. As teachers having this opportunity to compete at this level should not stop here, as sports is also a great way to impact the next generation. Sports has the unique ability to attract young people. Especially this T20 format of cricket. I implore the Guyana Teachers’ Union and teams from Bahamas, Jamaica and Trinidad and Tobago to create an extra-curricular activity that would see cricket teams where there are none emerging from the schools that you are from and utilise the opportunity as a coach to also be a mentor to the next generation, creating opportunities for schools to travel to other CARICOM countries under a Junior Les Harris Male Students Cricket Tournament.

Les Harris who this tournament is named after was a Barbadian who loved both cricket and football. He played cricket for Barbados during the 1940s, then went on to teach for a few years and later became popular as a radio sports commentator.  It is only fitting that as we recognize him today that we recognize our journey and how we can in whatever area we find ourselves continue to keep this tournament alive and let it be a way of strengthening the bond among us as CARICOM member states.

to the Caribbean union of teachers who have managed to keep this tournament active, we applaud you for this and for your commitment to ensuring that the lives of teachers throughout the region are continuously uplifted. Our Government believes that the continuous development of the lives of our teachers will lead to continuous development in education. His Excellency president granger himself stated in his speech in honour of world teachers’ day last October that teachers are the heartbeat of the education system.

This tournament has allowed you the opportunity to see the different sides of our beautiful country. From Georgetown to Albion and finally here at Tuschen Community Center.I am sure that the hospitality of our people have not gone unnoticed.  As we come to the end of this tournament the Government of Guyana wishes all the Unions, their members, and the teams that have participated this year continued success and again congratulations to the Jamaica Teachers Association. 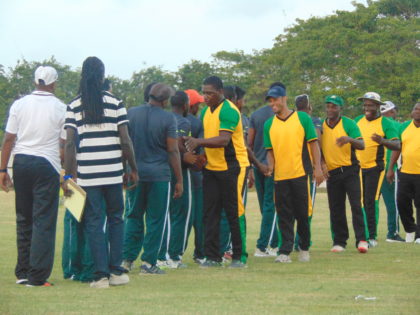 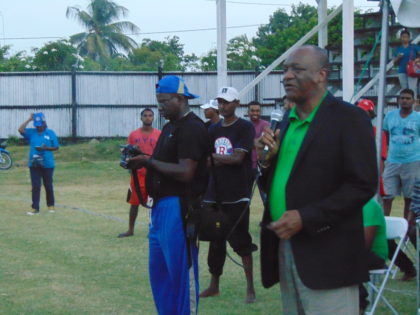 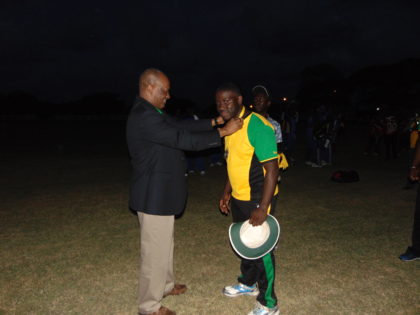 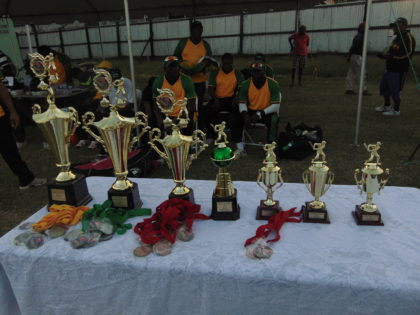 Trophies and medals for all who competed