Students of the University of Guyana (UK), Turkeyen Campus will now benefit from much improved facilities at the Ministry of Finance’s student loan agency. This has been made possible by Government’s construction and furnishing of a new edifice to the value of $26.5M at the UG campus. 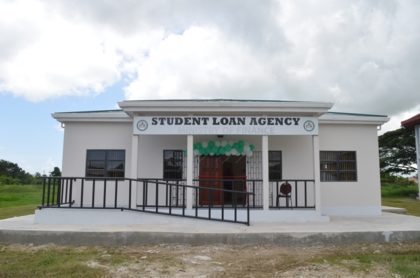 The new student loan building in the University of Guyana campus

The building which the loan agency currently occupies previously housed the project office of Sub Component A of the Human Resources Training and Development Loan, which was financed by the Inter-American Development Bank (IDB) to the tune of US$14.4M. The agency is soon to move to its new “home.”

Minister of Finance, Winston Jordan said, “This investment pales to the $9.5 billion that government has made available to the loan agency since 1994.”

Recognising the importance of the agency to students being able to finance their tertiary education, the minister said, “students have an equal obligation to repay the funds upon completion of their university education … otherwise a fund that is meant to revolve will soon dry up, and future students will be denied an opportunity to fulfill their dreams.” 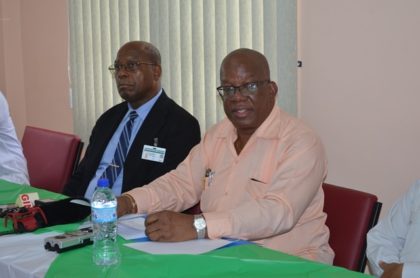 Drawing attention to the assistance given to students through the agency since its establishment, the minister said 26,239 loans were issued at a total value of $9.5billion of which only $1.75 billion has been repaid as of May 2016.

The minister told attendees at the opening ceremony, of the new loan agency office that the amount repaid represents 31 percent of the repayments due and $1.75bln of the principal loaned.

Given the delinquency among borrowers, Minister Jordan said that new measures will be adopted by the agency in order to ensure efficient management of its financial resources. 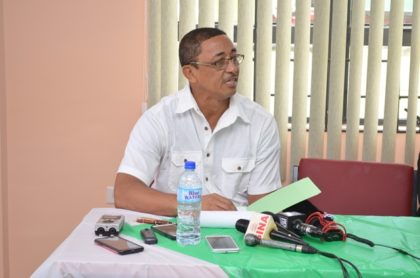 Among the measures identified by Minister Jordan are: students must be Guyanese, resident in Guyana for six months continuously within a calendar year, borrowers wishing to switch from one programme to another must repay in full all outstanding loans before receiving a  new one, except in the cases of Medicine and Law, letters of notifications are to be sent one month after the loan is issued, to inform borrowers of their loan balances; (failure to respond in a timely manner will result in a demand for payment and possible litigation), failure to locate student borrowers will result in notification being sent to their guarantors, students being given a one year grace period to start repayments after securing employment and a credit report for both the borrower and guarantor (s) before the processing of the requested loan.

Further, Cabinet has agreed for information pertaining to delinquent borrowers being made available to port and immigration authorities, along with the establishment of the necessary facilities to ensure a commitment before borrowers are allowed to migrate. 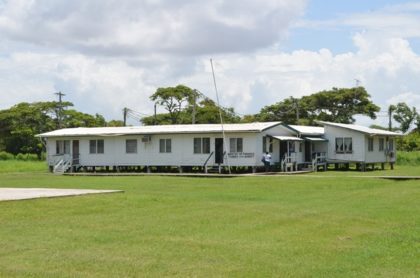