The Ministry of Public Health’s, Maternal and Child Health Department today, hosted a women’s health fair aimed at providing services to the public on promoting women’s health for the next generation. 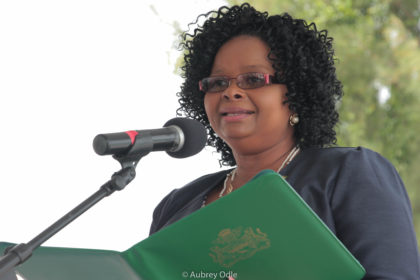 The health fair was held at the Ministry, Brickdam, as part of activities in observance of International Women’s Day (IWD) 2017.

The services offered at the health fair included Visual Inspection with Acetic Acid (VIA) testing which is a screening for pre-cancerous cells that can cause cervical cancer, blood pressure and sugar testing, dental and eye care services, and a blood drive.

In brief remarks, Minister of Public Health, Volda Lawrence said that the country needs to remain focused on respecting women’s rights in the work environment to ensure gender equality of opportunity and recognition of their contributions.

“I would therefore like to take this opportunity to salute and applaud the invaluable contributions and tireless efforts of all the women involved, connected and associated in the health sector, whose commitment to secure the health and well-being of all our citizens in all our 10 Administrative Regions have been commendable,” Minister Lawrence noted.

A section of the crowd at the Women’s Health Fair

The Health Minister highlighted that women are an essential part of the country’s social, economic and political fabric, and should be considered as a treasured human resource asset. Women’s failure to address their health needs will deny the country of the rich potential and expertise which women possess, Minister Lawrence explained.

The Health Minister pointed out that the Ministry of Public Health will be launching a series of awareness activities to promote women’s health in Guyana, supported by the apt theme: Preserving the Next Generation of Women. She added that the Health Ministry must also seek to heighten women’s awareness about preventable health problems, and encourage early detection and treatment of disease. 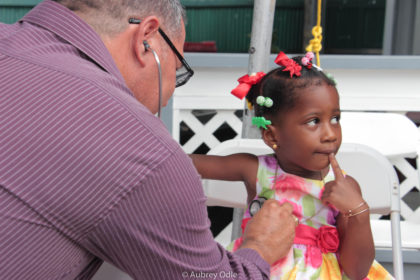 A brave little girl being examined by a doctor

The Maternal and Child Care Department was singled out for praise on its robust vaccination and reproductive health programmes towards ensuring that each child is vaccinated, and reproductive health is a work in progress.  However, the health sector still has great concerns with regards maternal mortality, increase in HIV rates, tobacco and alcohol consumption, sexual and other forms of gender-based violence and the increasingly heavy burden of Non-Communicable Diseases (NCDs).

Additionally, the Ministry of Public Health, Women and Elderly Health Coordinator Dr. Melissa Dehart noted that the various awareness activities implemented will be a collaborative effort with other Ministries.

The Ministry of Public Health will also host a women’s health walk on March 25, 2017 starting at 6:00 hours from the Square of the Revolution. 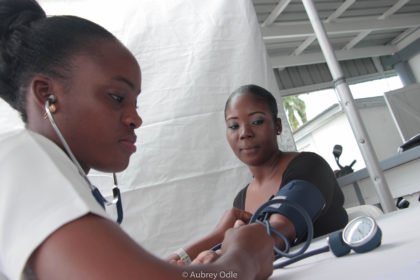 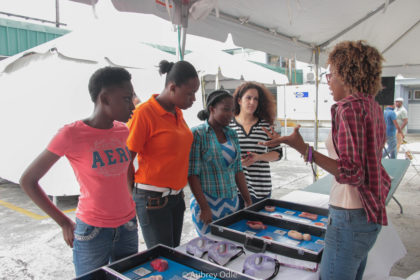