International Co-operative Day 2017 was observed under the theme, “Coops, a new horizon: unleashing our potential” and the Ministry of Social Protection on Saturday celebrated the revitalisation of cooperatives on the anniversary of the international day. 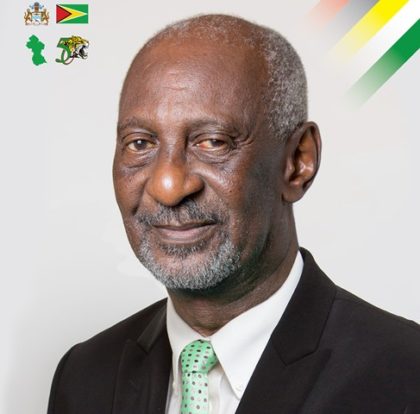 Minister within the Ministry of Social Protection. Hon. Keith Scott

The event was a collaborative effort between Ministry of Social Protection, Department of Co-operatives and Guyana National Co-operative Union Limited.

In brief remarks, at National Cultural Centre, Homestretch Avenue, Minister within Ministry of Social Protection Keith Scott said that the theme is deemed appropriate as the government strives to provide the good life for all Guyanese.

“Let us not forget that we need to emphasise the name co-operative since it is a part of the country’s name, I have no intention of tiring you with details pertaining to the evolution, thought, practice and development of corpertivism in our nation but to say that it is founded on the perception that the small man becoming the big man,” Minister Scott explained.

The Minister said that the government hopes to move forward in developing the country’s economy, despite the absence of the observation for the event for a number of years.

“I wish to suggest that the characteristic features the roles and functions of the new co-operative society will be significantly different from those obtained in the past. Comrades permit me to disclose that we are determined to transform our economy through the simple yet dynamic instrument known as the co-operative society to position our movement where it will be a major contributor to the Gross Domestic Product (GDP) of our county,” the Minister added.

He noted that the ministry will computerize its data as a way to move into the modern digital era as well to reflect transparency, honesty and selflessness.

Minister within Ministry of Finance Jaipaul Sharma expressed his gratitude for being able to attend the event to represent Prime Minister Moses Nagamootoo. He noted that the focus of the event needs to be based on the foundation of co-operatives in Guyana, since it was an important factor for development by the late Forbes Burnham.