The Ministry of Social Protection is collaborating with the security and judicial sectors to reduce the delays in justice for victims of abuse.

Minister of Social Protection Volda Lawrence in an interview with the Government Information Agency (GINA) today, said that while the legislations to protect girls and others from abuse is “some of the best pieces” there is need for timely enforcement of the laws. 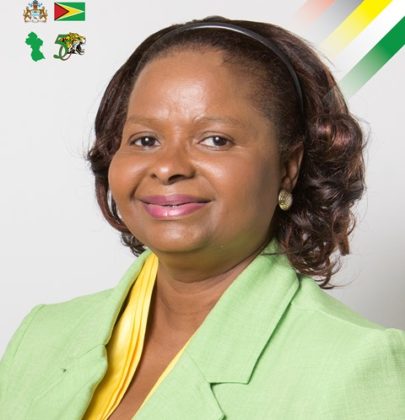 “We have to ensure that we strengthen our police force so that when they write those charges that they are done in such a way that they can hold,” an impassioned Minister Lawrence told GINA.

The Minister lamented the “length of time it takes” to process these matters in the courts, and added that “that in itself in another punishment” for the victims of heinous crimes such as sexual abuse.

Minister Lawrence said, “It is unbearable hurt” when a victim endures a lengthy court case with no justice in the end. The pain is tremendous when a person, or a victim, one of our girls, would have gone through all the years of waiting, going to all the court dates and so on and then at the end this matter is thrown out,” the Minister said.

“And that is what we must fix,” Minister Lawrence stressed. The Ministry of Social Protection has been building the capacity of its social workers and other staff “to correct the deficiencies which existed within the departments”.

Additionally, the Ministry has been collaborating with sister ministries and other agencies to work towards ensuring that justice for victims of abuse is delivered in a timely manner. “That is why we are partnering to ensure that we get it right at that end, to get it right so that our young victims can understand that we do care, and that there is justice, and that the perpetrators will not just walk away with a smile on their face,” Minister Lawrence said.

The Ministry has been collaborating with the Director of Public Prosecution, the Acting Chancellor of the Judiciary and the Commissioner of Police to develop a holistic approach towards the protection of victims, particularly children, Lawrence noted.