ExxonMobil’s partner, Esso Exploration, today announced a major oil find at the Ranger-1 field in the Stabroek Block. This is the sixth and largest oil find to date. 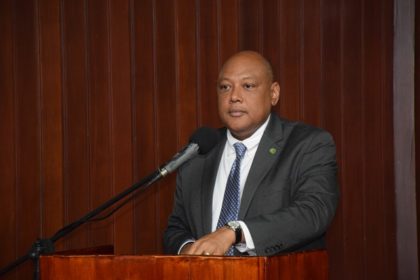 The discovery is said to be more than 230ft of high-quality oil-bearing reservoir in the Ranger-1 field. The oil findings, to date, Liza, Payara, Snoek, Liza Deep and Turbot, are estimated to have total recoverable resources of more than 3.2 billion barrels of oil equivalent.

Minister of Natural Resources Raphael Trotman in a statement to the Department of Public Information (DPI) said “This is a most historic discovery for Guyana. It will allow for immense transformational development of our nation in the coming years. Despite much naysaying and attacks against this process, I am confident that Guyana is on the right path”.

Minister Trotman pointed out that The Peoples Progressive 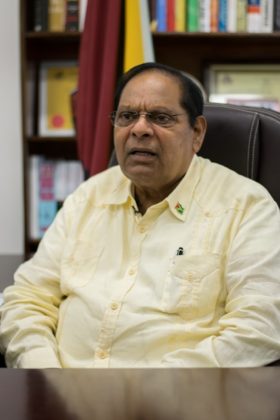 Party (PPP) “has opted to pursue an all-out attack with a view to gaining control of everything. They have hired mercenaries, masquerading as experts, to try to impugn everything good that is happening.”

He further assured that the government remains focused towards achieving first oil and beyond in the most efficient manner. The Minister urged all stakeholders to join with the government in supporting the development and oversight of the petroleum industry.

Prime Minister Moses Nagamootoo stated that Guyanese should be optimistic about this new find. He explained that from the information received “this new find is like an inverted triangle, upside down and deep and billions of barrels of oil would be harvested from this find.”  Prime Minister Nagamootoo said, “Guyana is going to be a country that depends on its rich resources not exclusively, but we are blessed to have new discoveries in the Stabroek block.”