Name change to National Archives will be gazetted

Director General (DG) of the Ministry of the Presidency Joseph Harmon said the government will have to correct another wrong by the former administration that has, over the last few days, caused some uneasiness in society. 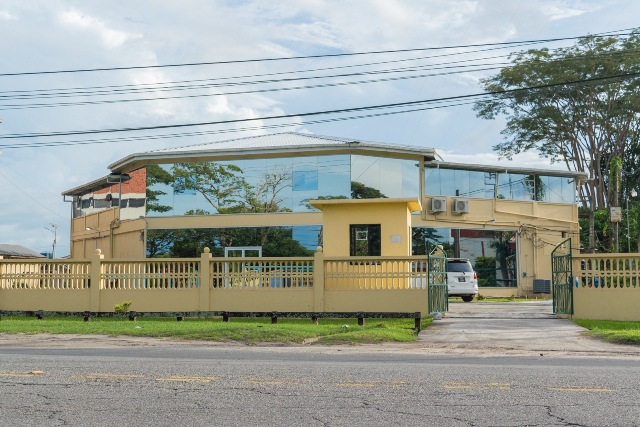 The National Archives of Guyana

Recent news of the removal of the name of late Working Peoples’ Alliance (WPA) founding member Dr Walter Rodney from the National Archives of Guyana had caused some displeasure, however, the DG said: “it is our intention to correct that.”

He explained today that the previous government, which made the name change from the “National Archives of Guyana” to the “Walter Rodney Archives” failed to follow the legal course and have the change gazetted.

Since the issue came to the fore, members of the opposition have been taking to the pages of local newspapers. However, the DG said the opposition has been trying to drive a wedge between the parties of the A Partnership for National Unity (APNU).

“Our partnership in which the WPA is an active and valued member is as strong as it was when it first started. We are engaging the WPA and we will address that matter,” the DG insisted.

“The main idea between doing that and calling for a Commission of Inquiry (CoI) weeks before the last general elections, was an attempt to drive a wedge between the Working Peoples Alliance and the other parties of the A Partnership for National Unity,” he added.

As a temporary measure, the DG related that the sign has been removed. He said the government will do all that is necessary to ensure that the law is observed, “and we will put up the appropriate sign once that is done.”

The National Archives of Guyana s the legal depository for official records and local newspaper publications in Guyana.