New GNSC Board given mandate to focus on profitability, modernisation

The Minister made this statement while installing the new Board on Monday.

“Guyana National Shipping Corporation must not be subsidising anybody in the private sector […] by giving them meagre rents. They are charging competitive rates for the services that they are giving. In that way they are making larger profits because we are doing business as a Government entity and had they gone to a private sector man to rent the same space, they would have had to pay a better price,” Minister Edghill said.

While the President Ali-led Administration will facilitate private sector growth by creating an environment that enables feasible investments, the private sector must still pay its way, he explained. The Minister then charged the Board to find innovative ways to boost the company’s profitability.

“We cannot accomplish and get to our next destination if we maintain the business as usual mode […] When Cabinet chose this group, we were putting in place a group of people who came to this Corporation with innovative thinking,” Minister Edghill said.

He added, “We’d like to see decisions that see the modernisation of our Corporation even if it means making shifts as it relates to how we presently operate.” 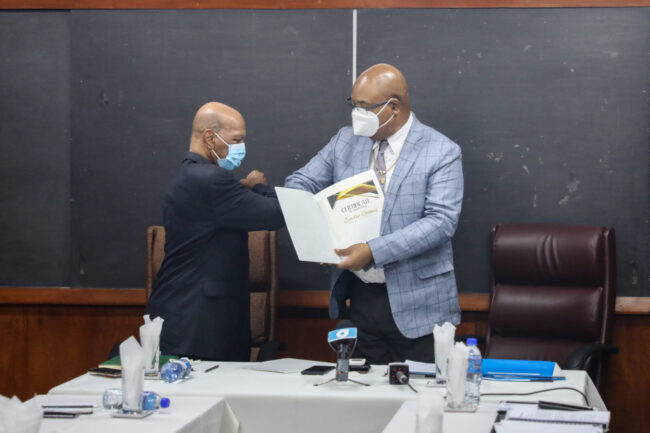 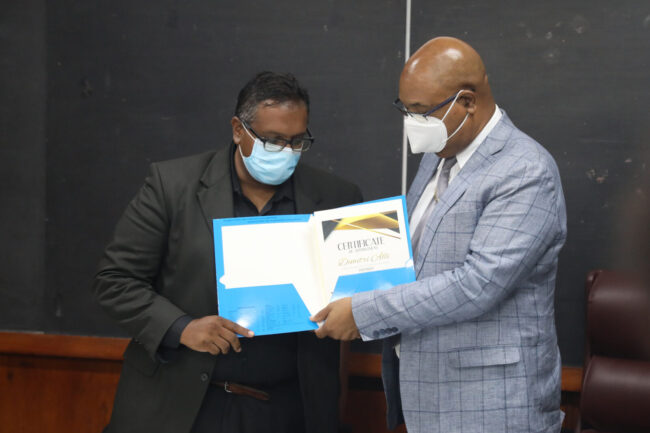 Minister Edghill expects that in keeping with its new charge, the Board will move forward in seeking other stakeholders besides the State, to make the company more profitable.

The Minister also reminded them about the entity’s Articles of Incorporation, which gives it authority to engage with other parties. He suggested that the GNSC considers decentralising the location of its head office as the current location on the shipping block takes way some prime space that could be used for storage.

“These facilities are some of the most sought-after facilities in the country right now. Once you’re near the water with sheds and storage, everybody in the oil and gas industry will be seeking out partnerships and engagements,” the Public Works Minister said.