Following several trials of onion cultivation by small farmers, large-scale production of the commodity in Guyana has been deemed feasible. This would result in a significant reduction of the import bill for onions into the country. 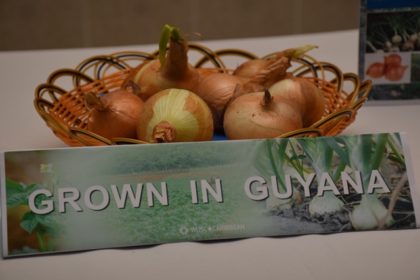 This information was disclosed after partnering agencies, National Agricultural Research and Extension Institute (NAREI) and World University Service of Canada WUSC, had conducted  pilot projects in several parts of Guyana.

The project was rolled out in Regions Two, Three, Four, Five, Six and Ten.

The trials were conducted in areas of Mahaica River, Kara-Kara, Amelia’s Ward, Affiance, Parika, Hopetown and Benab to name a few. Indicative research showed that monitoring should be focused on protected cultivation, nutritional and irrigation facts.

The objectives of the trials were to demonstrate that onions can be grown locally, to determine the producer’s perception of cultivating onions through participatory research and evaluation, garner consumers perception of taste and preference of the locally grown commodity. 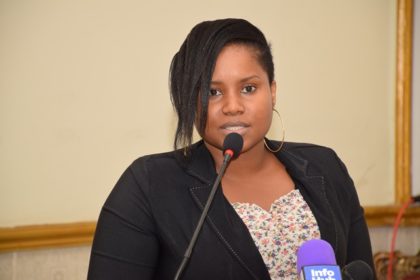 In her review of the project, PROPEL Agronomist, Joanna Robertson noted that, “It is our hope to increase onion production in Guyana over a period of years…The long-term effect would be for us to gradually reduce the amounts of imports of onions in due time as production increases.”

According to statistics presented, Guyana’s annual consumption of onions is recorded at approximately 3,987 metric tonnes, costing the country a fresh market expenditure of US$ 1,459,765.

The varieties used for the trials were the Red Creole, Mercedes and Texas Early Grano. The Mercedes was identified as being most suitable for large scale cultivation in Guyana.  This variety along with the others was cultivated during three seasons of the year. The Mercedes variety yielded 56,444 kilogram per hectare (kg/ha) when its actual yield potential is 57,500 kg/ha.

Other facts determined during trials were that onions which were cultivated have a longer (unrefrigerated) shelf-life of 80 – 100 days. The seedlings which were grown under shaded conditions required special attention. Details are that heavy rainfall after transplanting could lead to more than 90 percent mortality, pests and diseases were almost non-existent under shaded conditions, fertilizers should be applied at or near the surface because of the shallow root system and in most cases, frequent irrigation can increase bulb size of the onion. 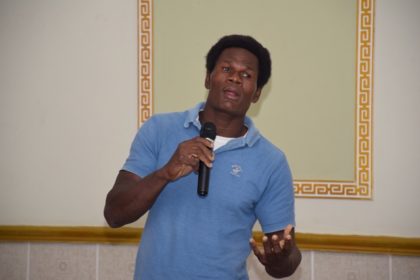 One farmer, Dexter Sultan, shared that he has seen the results of the onion cultivation in other fields. However, in his trial plot at Sandvoort, West Canje, Berbice, Region Six, some of his seedlings died while others plants were spoilt.

“When I went there to clear the area a few weeks ago I actually saw some of them, they bulb very well but not fit for human consumption due to not having consistent amounts of water,” Sultan explained

NAREI has been working with the World University Service of Canada through a Canadian Funded project to conduct a number of onion and potato cultivation trials in several areas throughout the country.

The Promotion of Regional Opportunities for Produce through Enterprises and Linkages (PROPEL) project is a sustainable economic growth project which aims to increase the value of Caribbean fresh produce. By doing this, producers will be able to access high-value markets in the Caribbean and internationally.

The Canadian government has invested CAN $100 million for the project’s implementation over a six-year period.