This is the third batch of graduates from the programme and graduates include four women and a former worker from the sugar industry.

Imran Khan said he applied for the programme after being retrenched last year when the sugar industry was downsized. “The readjustment is kind of tough but it is manageable. Coming from GuySuCo, anything is manageable,” he said. 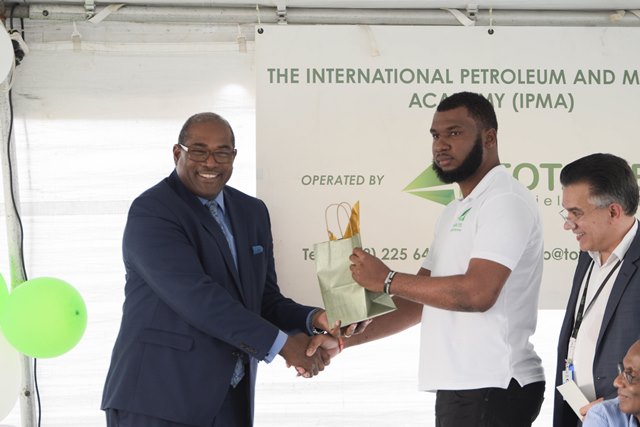 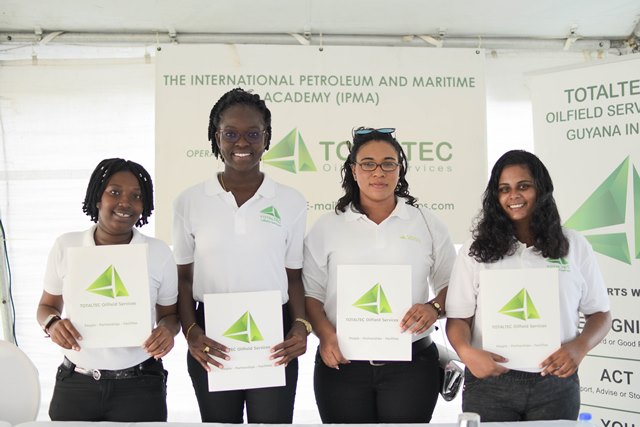 [In the photo, from left to right] Coleen Moore, Muarisia James, Rubena Adiana and Kristina Balram are among the first batch to graduate from the TOTALTEC Academy oilfield safety and operators training programme. 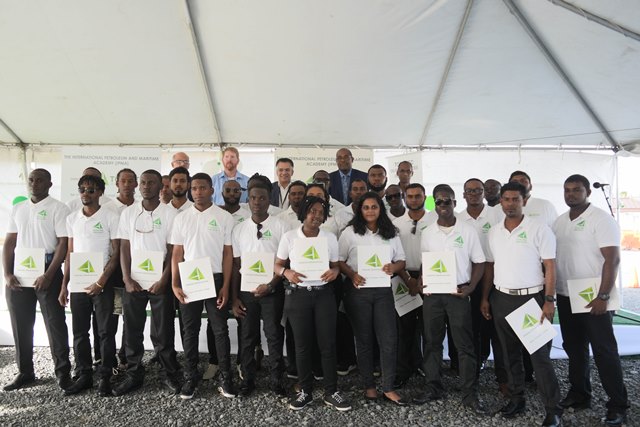 The third batch of Guyanese to graduate from TOTALTEC Academy’s oilfield safety and operators training programme. 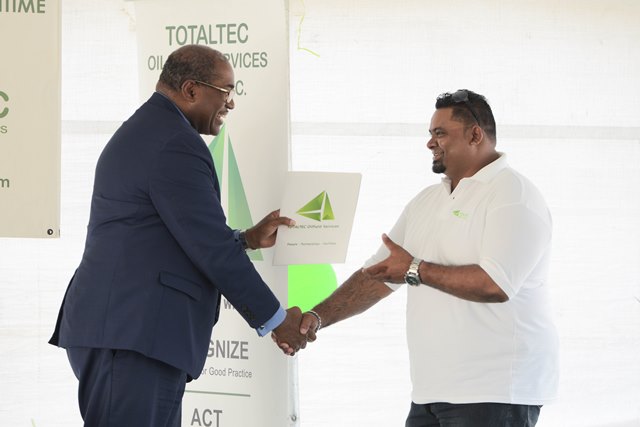 Imran Khan, a former worker from the sugar industry.

Khan, who had worked in the sugar industry for 22 years, believes there is opportunity for retrenched workers in the oil and gas industry.

Rubena Adiana, is among the first set of women to graduate from the training programme. She said she signed up for the course to challenge herself. Adiana is another beneficiary of training from the GuySuCo Training Centre.

She is also from Berbice and is confident that there are prospects for persons from the sugar industry that was retrenched. “They should have patience. There is and will be bases, oil bases, that will open [in the area],” Adiana noted.

Meanwhile, the other females who graduated from the training programme were Muarisia James, Coleen Moore and Kristina Balram.

James said she is privileged to be part of the industry. “For me, it is putting your best foot forward and letting persons and people know that … You choose to do that because it is what you want to do,” she added.

Moore said she is excited to take her next step after graduating and Balram said she signed up for the programme to be among the first Guyanese to work in the new industry.

Hughes, who is also a Director of the Guyana Oil and Gas Association (GOGA), told the graduates they are pioneers in an industry that will generate revenues that exceed any other industry in the country.

However, he reminded the graduates that the decision rests with them to maximise on the opportunities available.

“The advent of oil in Guyana will require a change in our traditional culture. Your challenge is really to be able to put yourself in a position where you’re so qualified, your qualifications do not limit you to working only in Guyana but you are globally competitive,” Hughes charged the graduates.

Terrance Cave was the top graduating student from the training programme. He said he joined the programme to better himself. “My motivation is to be a better person all around. The only way from here now is up.”

Most of the graduates will be employed by the Guyana Shorebase Inc. (GYSBI), CEO of TOTALTEC, Lars Mangal, noted.

Mangal added TOTALTEC will start its fourth oilfield safety and operators training next year. By 2019, TOTALTEC will train 100 persons in this programme.

IPMA is operated by TOTALTEC Oilfield Services which is located in Huston, East Bank Demerara.