The Farm Access Roads Project, funded by the Caribbean Development Fund (CDF) has achieved its goal of building better quality roads, allowing farmers easier access to farms/markets. The project also catered for the construction of bridges and better drainage systems. 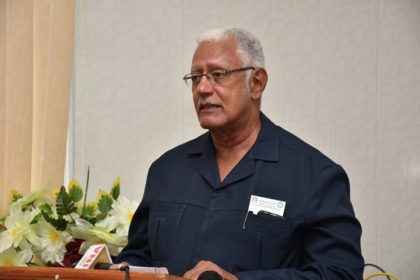 Over 9,500 farming households comprising over 35,000 people now have easier access to farmlands, as a result of upgrades to the farm access road at Parika and Ruby in Region Three, Laluni in Region Four, and Onverwagt in Region Five under the project. The successful interventions to the communities’ roads were shared by Minister of Agriculture Noel Holder, the Project’s Coordinator, Frederick Flatts, and the Monitoring and Evaluating Consultant, S.F. Kadir at the project’s close-out ceremony in the Ministry of Agriculture Boardroom, today.

The Minister also reported that the improvement to the roads would result in approximately 25% to 50% increase in acreage of cash crop under cultivation in the areas, the expansion of production of fruit crop such as avocado, pineapple, papaw, sour soup and citrus and the introduction of high value crops such as turmeric, sweet pepper, broccoli and parsley.

While the CDF project has seen its successful completion, Minister Holder said the Ministry will not cease its work in bringing more 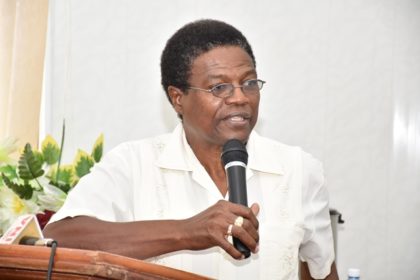 convenience and effective opportunities for farmers to develop their activities. The Minister assured that the ministry will continue to partner with organisations such as the CDF to completely exploit agriculture in Guyana. These will include addressing difficulties farmers, producers and buyers face in transporting produce and machinery.

Recognising such difficulties faced by the stakeholders, as well as accessing lands and farms, Government signed a loan agreement with the CDF in July 2013 to fund the over  US$11Million project.

Flatts  told the gathering that the CDF has pronounced the three-year project to be the most successful that they have had to date, and that he has been invited to Barbados to give a presentation to other senior CDF officials on how Guyana was able to achieve such a feat.

He explained that the project was completed on time and within budget for a number of reasons. Chief among these, Flatts said, was the fact that the implementing agency, the Ministry, had reasonable conditions prior to the first disbursement of the loan.  Flatts explained that on some projects, “you find that you take one year trying to satisfy the conditions prior to first disbursement. In this case, we believe the conditions were reasonable, they were achievable, practical and attainable,” he said. 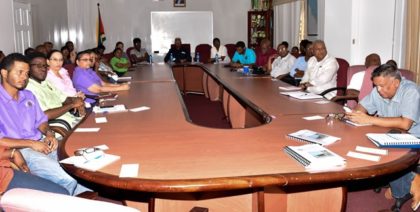 According to Flatts, valuable time and money were also saved by having a Project Executing Unit (PEU) that could prepare the Terms of Reference (TOR) and tender document for the design and supervision consultancy.  He explained that the Ministry of Agriculture however, has the Agriculture Sector Development Unit (ASDU) that is ready to work on any project particularly of an engineering nature, Flatts noted.

“…on some projects, it takes one-year trying to get the correct staff,  but here because we had the staff we were able to hit the road running,” he said.

Also in terms of saving time, the Ministry hired the monitoring and evaluation consultant to do both design and supervision.  Flatts said that before Kadir came on stream, “we have some difficulties relating to the CDF but when he came on stream those sorts of problems never came up again…his advice made a significant contribution to the success of the project’s implementation,” he said.

Based on the successes of the project, the CDF has begun efforts to grant loans to fund other projects of such nature. Areas that will soon 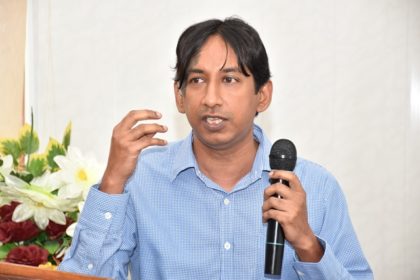 benefit from similar projects are Mocha, Triumph and Buxton.

Under the project, a total of 14.6km of asphaltic concrete road was to be built in Parika and Ruby. Kadir explained that what was achieved was 15.3km of asphaltic concrete road and 1.2km of all-weather road. In addition to this, there were the construction of two bridges, seven culverts and the cleaning of the roadside drains, resulting in 700o acres of arable land in the communities benefitting from improved land access, Kadir said.

In Laluni, the project was expected to fund the sand sealing of 13.34km of roads and crusher-run a further 1.69km. Kadir said instead 15.34km of sand-sealed road was achieved, and 580m of crusher- run, and construction of four bridges, in addition to a culvert. The intervention resulted in 5000 acres of land in Laluni now having access to a better road, Kadir said.

He said that in Onverwag,t 6000 acres of land now have access to better roads. According to Kadir, out of a set goal of paving 3.2km of roads, 3.6km instead was achieved.

The CDF-funded Farm Access Road Project stems from the agricultural sector objectives, of the Guyana National Development Strategy and the more recent strategic goal number one of the Food and Nutrition Security Strategy for Guyana 2011 to 2020.