Parolees staying out of prison

Acting Director of Prisons, Gladwin Samuels said prisoners who are released on parole are staying out of prison. He said the Parole Board continues to play a key role in rehabilitating and reintegrating prisoners back into society.

In an interview with the Government Information Agency (GINA), Samuels noted that 19  prisoners were released on parole in 2016 after their reviews were given favourable consideration by the Parole Board. Those released included both men and women. 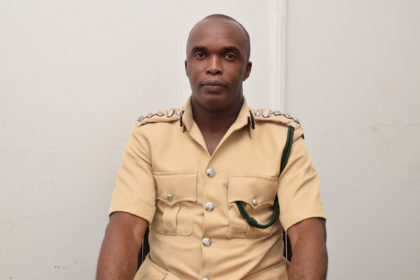 Samuels noted that none of the prisoners released on parole have returned to the prison system.

Samuels explained that the Board would evaluate prisoners who are eligible for parole.

“Coming out of that, the necessary assessment and further evaluation will be done and necessary recommendations will be forwarded to the minister in terms of those persons who are deemed eligible for release,” Samuels explained.

According to Samuels, the parole system has very stringent criteria which must be taken into consideration before any prisoner is considered eligible for parole (release). Some of the factors to be examined by the Board include prisoners’ behavior, attitude, work ethic and the type of offenses for which they were convicted.

One of the most important criterion for being eligible for parole, the Prison’s Director pointed out is that the victims’ families must be informed if any convict will be released and potential risk they may pose to society.

“For those capital offenders who would have murdered, a relative of (the victim) is contacted to see how the release of the person on parole might affect them,” Samuels stated.

Samuels emphasized that once the parole board has reason to believe that the prisoner has not fully met the criteria, that prisoner will not be considered favorably for parole.

The board upon review to ensure that the convicted prisoner has met the criteria makes the decision whether an offender should be released from prison after serving at least 12 months or one-third of their sentence term.