At a simple ceremony held at MARAD’s Port and Harbour Division, Stabroek Square, more than a dozen speedboat operators who ply the Wakenaam, Bartica, Parika, Supernaam, Leguan and Georgetown routes were presented plaques for their exemplary safety practices and commitment to service by the Minister within the Ministry of Public Infrastructure, Annette Ferguson, and Director General of MARAD Claudette Rogers. 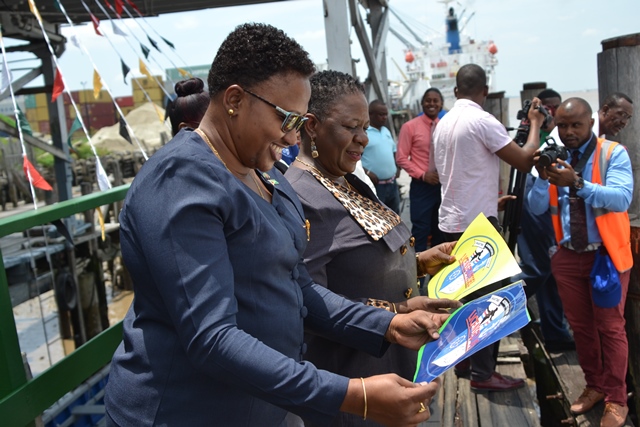 Minister within the Ministry of Public Infrastructure, Annette Ferguson, and Director General of MARAD, Claudette Rogers, examine the new logos certifying the fitness of a vessel to operate. 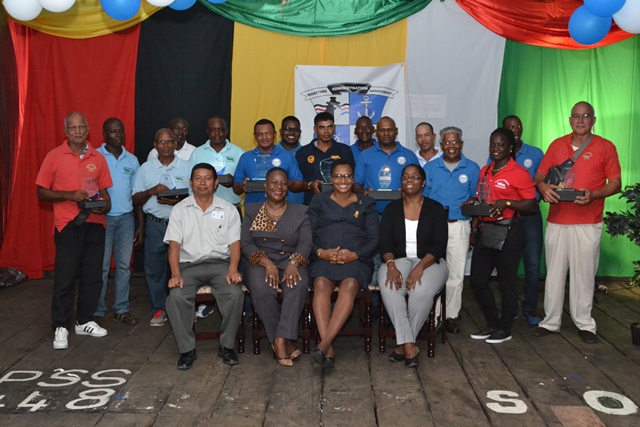 Minister Ferguson, Director General Rogers and other MARAD Staff pose with the honourees.

The recognition comes as Guyana and the rest of the world observes World Maritime Day 2018 under the theme Our Heritage Better Shipping for A Better Future. Minister Ferguson, noted it was significant giving the substantial progress in the local maritime industry.

Over the last three years, the government has facilitated training of the first batch of maritime cadets, which included women, the establishment of safety centres at Charity, Bartica and Mabaruma, continuous training for technical personnel ISPS compliant terminals Minister Ferguson pointed out.

MARAD also recognised long-serving captains. The lives lost on the waterways were also honoured with the provision of tokens to the relatives of the deceased. Meanwhile, MARAD launched a new logo identifying vessels that are certified by the Administration.