Prime Minister Moses Nagamootoo today boarded the giant oil rig, Stena Carron, which is doing exploratory drilling operations on the Snoek well, a new reservoir within the Stabroek Block 130 miles off the Atlantic sea-coast of Guyana.

The Prime Minister was accompanied by Vice-President Sydney Allicock, Minister within the Ministry of Natural Resources, Simona Broomes, and Joanna Homer, Legal Officer.

The 11-compartment Norwegian-owned drill ship has done advanced feasibility drills at the billion-barrel Liza wells, which is some 10 miles from the Snoek well, the latest in the string of oil finds in Guyana.

The Guyanese delegation met Rig Manager Kenny Ward, Operations Manager Allan Mathieson and Drilling Superintendent Billy Jack Lawson. They explained various aspects of the new oil find and revealed that pipes have already been laid to connect with the oil well at the site. Various specimen and quality tests are also underway. They also displayed the rig’s computerized system to monitor oil extraction and safety issues.

Also on the tour were Doug McGehee and Kimberly Brasington, Operations Manager and Director of Government Affairs of Esso Exploration & Production Guyana Limited, the local incorporated company of ExxonMobil.

ExxonMobil has announced massive finds of high-quality, oil-bearing sandstones in Liza 1, 2 and 3 and the nearby Payara reservoirs that made Guyana the latest petroleum frontier. ExxonMobil has given a preliminary schedule of oil production in 2020. 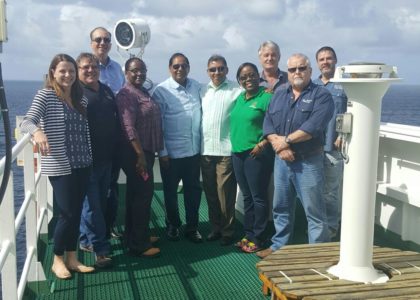 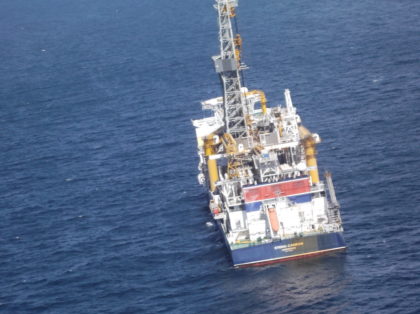 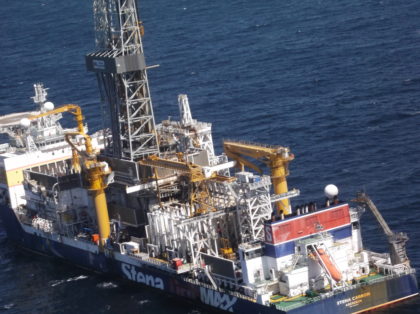 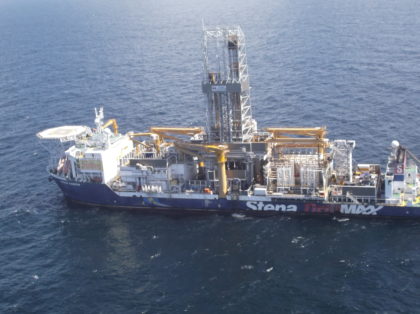