Police stations to be modernised with victims in mind

Eighteen police stations across the country will be rehabilitated under the second component of the Citizen Security Strengthening Programme. This component seeks to improve the effectiveness of the Guyana Police Force and the Forensic Laboratory in preventing crimes and conducting crime investigations. 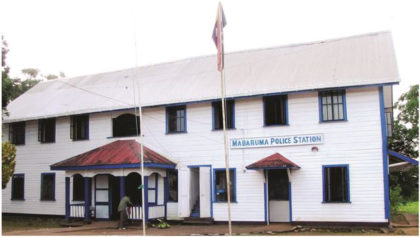 One of the stations to be remodelled

Initially, 12 stations would be remodelled to include:

The CSSP is in the process of hiring a consultant to begin designs for the first 12 selected stations.  The first 12 stations identified for rehabilitation are:

The stations selected were based on recommendations made by the Guyana Police Force to the Project Manager of the CSSP, Clement Henry. Henry told the Government Information Agency (GINA) that these stations were considered the most in need.

Component Two is being funded by the Inter-American Development Bank (IDB) at a cost of $US5.5M. The CSSP is a five year programme.