Essequibo cattle farmer Suendra Sukhdeo may have been able to minimize his losses if he had followed the Guyana Livestock Development Authority’s (GLDA) advice. The farmer had complained to the media that his herd was dying, and the GLDA was not acting with haste to help him find a solution. 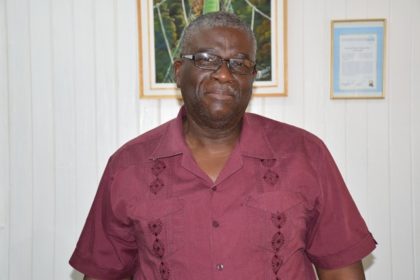 Nigel Cumberbatch, head of the Guyana Livestock Development Authority said the farmer’s plight stems from a number of variables, mainly poor nutrition as a result of inadequate foraging and mineral deficiency based on the location of the farm.

Cumberbatch also told the Government Information Agency (GINA) that the farm which is located in the Boeraserie Conservancy closer to East Bank Essequibo does not have adequate grazing for the number of animals on the farm. He further advised that for every head of cattle there needs to be at least one acre of grass to take the animals safely through the dry season.

“The problems that this farmer has been experiencing on his farm started in excess of a year ago. As a matter of fact the first report we got would have been sometime around March 2015 at that time we would have indicated that 61 of his animals were suffering from anemia type symptoms,” Cumberbatch explained.

Cumberbatch pointed out the GLDA has also taken precautionary measures to aid the farmer by vaccinating his animals free of cost.

“We would have also vaccinated his animals for rabies because in that location there are a number of bats and that could be a possible cause though we seem to feel strongly that it is more related to the lack of nutrition therein because of the unavailability of grazing material.”

Further the GLDA chief explained that a second team of Veterinary and field staff has been dispatched to collect blood and tissue samples to aid in further diagnosis. Cumberbatch is encouraging farmers to consult the agency for technical advice before proceeding to establish farms since the failure to do so may result in poor farm planning and practices which will eventually have disastrous consequences as is witnessed in the case of Sukhdeo’s farm.

“Unless we are part and parcel of the planning these things will happen we are here to give help we will always be here to do that we have to know what people are planning to do then they will go in and their losses will be tremendous,” Cumberbatch  noted.

The GLDA is the agency of the Ministry of Agriculture which is tasked with the provision of technical and extension services to stakeholders of the livestock sector.