Georgetown, Guyana – (January 29, 2018) President David Granger, Saturday, journeyed to Belladrum, West Coast Berbice to join the relatives and friends of Mr. Sydney Grenville, one of Guyana’s newest nonagenarians, in the celebration of this milestone. 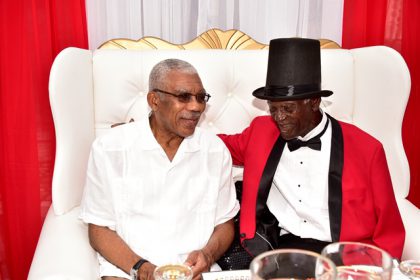 President Granger, in his remarks, said that he is pleased that he could make the trip. He noted that he has known Mr. Grenville for most of his life and is thankful for the contributions he has made and service to the country during his years. “Despite this event being sandwiched between two important events I had scheduled, I simply had to come to wish Sydney Happy birthday. I thank God for him and that he can live to see 90,” the Head of State said.

In brief remarks, Mr. Grenville said that he is grateful that the President was able to make the trip and noted that he is proud of the leader he has become.

President Granger handed over a hamper while Minister within the Ministry of Social Protection, Mr. Keith Scott, handed over a fruit basket on behalf of Minister of Social Cohesion, Ms. Amna Ally. 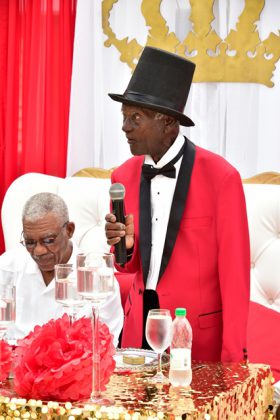 Mr. Grenville gave an emotional speech as he spoke about how appreciative he was for the President’s visit. 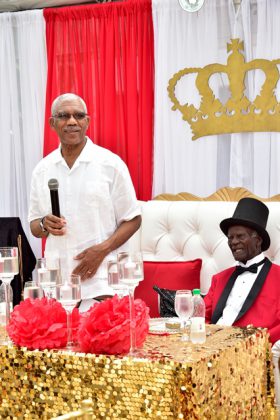 President David Granger addressing friends and relatives of Mr.Grenville, who gathered to celebrate his milestone. 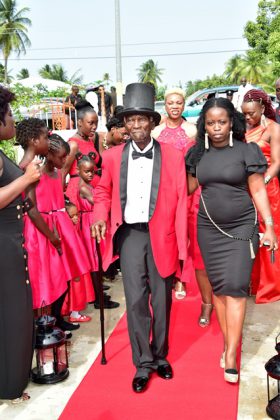 Red carpet arrival! A very dapper Mr. Sydney Grenville arrives in style at the venue for his birthday celebration.