President to recommit to green state in address to the UNGA

Climate change remains a deep concern for Guyana and its presence in the Guiana Shield makes it “ideally suited” to realise its commitment to achieving a green state, the Head of State noted. 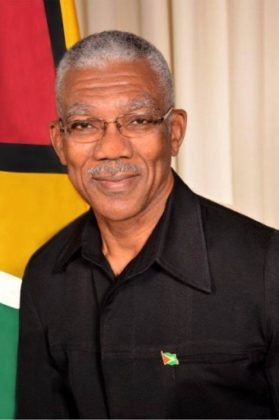 His UNGA address will also support UN Reform, a topic on this year’s debate agenda.

President Granger said the UN’s role in facilitating world peace is critical. “We want to see better governance and we recognise that the United Nations is critical to governance not as an enforcement agency…but it is the conscience of the world.”

Guyana’s participation in UN initiatives is “important for the protection of people” as well as realising the Sustainable Development Goals (SDGs) set out by the organisation.

The UN was established after the Second World War on October 24, 1945, with the aim of preventing another world war. President Granger noted that the review of the structures is timely since they would have been more applicable to the conditions that prevailed back then.

“Guyana is in discussions with its partners…We would like to ensure that any initiative we take enjoys the support of our Caribbean colleagues. We’re examining measures and means”, the President said.

President Granger said he is confident that there is going to “be a wide measure of agreement among Caribbean States about the reform of the United Nations”.