Region Three’s chance to benefit from the 5Bs initiative was realised today, as the Ministry of Social Cohesion in collaboration with private donors distributed a number of items.

One hundred (100) book bags, 30 bicycles, three stoves, one Public Address System (PA) and one school bus for students’ use were presented to students, teachers and regional officials. 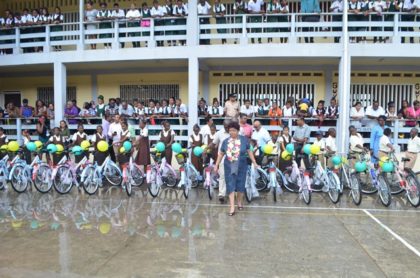 Students of Wales Primary School pose with their bicycles

Minister of Social Cohesion, Amna Ally and a team of donors including Robin Muneshwer, Chief Executive Officer (CEO) of Muneshwer’s Limited Radesh Rameshwar, Chief Executive Officer (CEO) of Kares Engineering and Komal Singh, General Manager, Gaico Construction, along with regional officials handed over a school bus (David G 11) to the Regional Democratic Council (RDC). The RDC will be responsible for the vehicle’s maintenance, as well as identifying the route for the bus will provide service for school children.

Book bags and bicycles were donated to the children whose parents are employees of the Guyana Sugar Corporation’s, Wales Estate. These items were also given in aid of transportation and other costs that parents may have to bear.

Regional Education Officer of Region Three, Penelope McIntosh quoted novelist, Charles Dudley Warner who said, ‘The excellence of gifts lies in the appropriateness rather than its value.’ The Education Officer then pointed out that, “This presentation could not have come at a more appropriate time than now, underlying the fact that we are in the month that is dedicated education month, and this year we are celebrating under the theme Each child matters, Stakeholders unite for the enhancement of education.”

Minister Ally emphasised the importance of education and also explained why the Wales students were primarily targeted. “We believe that this was one of the communities that needed assistance, the Wales/Patentia community and seeing that we were doing the bus, and the stoves and so on, we decided to make one central presentation with the various things.” 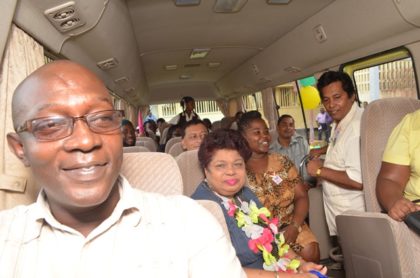 The Minister further explained, “When I was at West Demerara Secondary School, I made a commitment to the children there that Region Three is next on the list to have a school bus, and today, we are fulfilling that. His Excellency, President David Granger initiated the 5Bs programme because this administration believes in reducing poverty, reducing inequalities and providing a good life for all. Education is high on the agenda of government’s priority, and we are fully committed to ensuring that all children throughout Guyana have equal access to education.”

Elaborating that ‘education is the new currency’, Minister Ally noted that the place for  children to be is in school, for them to have access to education which should not be seen as a privilege, but as a basic human right for all. The Minister said that education will reduce poverty and promote democracy.

Since assuming office, the APNU+AFC government has commissioned nine boats that are providing services in Lower and Upper Pomeroon, Baracara, Ebini, Moraikobai, and areas within upper Demerara. In addition, 10 other school buses have been commissioned across the country.

In the 5Bs programme expansion, it is expected that the distribution of Books and Breakfast will commence shortly.

On this note, Minister Ally further explained that, “We have recognised the pivotal role education plays in the pursuit of development and social transformation. Education promotes regional development and it strengthens respect for human rights and freedom enabling individuals to participate effectively.” 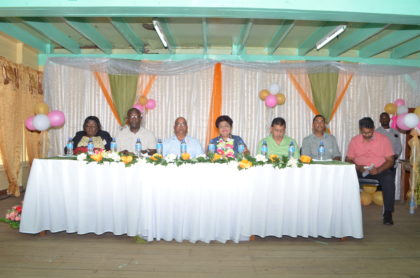 One parent, Savitree Deonarine, whose child, Alana Raghunandan received a bicycle told the Government Information Agency (GINA), “It was good, because the distance from her home to the school is challenging so now she could ride to go to her school.”

Another guardian, Gomwantie Singh said, “I have two grandchildren, Cynthia Sookram and Kamal Ally going to Wales Primary (school), one in eleven years, one in ten years, and I very great, and thankful to the president for the donation.”

The 5Bs initiative is just one aspect of President Granger’s push to ensure every child attends school. It has resulted in members of the private sector and ordinary citizens partnering with Government to enhance education delivery.