-Charges members to set stage for development of the energy sector

Prime Minister Brigadier (ret’d) Mark Phillips, this afternoon, installed a new Board of Directors at the Guyana Energy Agency (GEA), during a simple ceremony at his office.

The new Board is chaired by lawyer and a former Member of Parliament, Mr. Jerome Khan.  The other members of the Board are Deputy Chief Executive Officer of GEA, Mrs Gayle Primo-Best (ex-officio), Mr. Vivian Lam, Mr Ramesh Ghir, Lieutenant Colonel Sheldon Howell, and Ms.  Tracy Gibson. 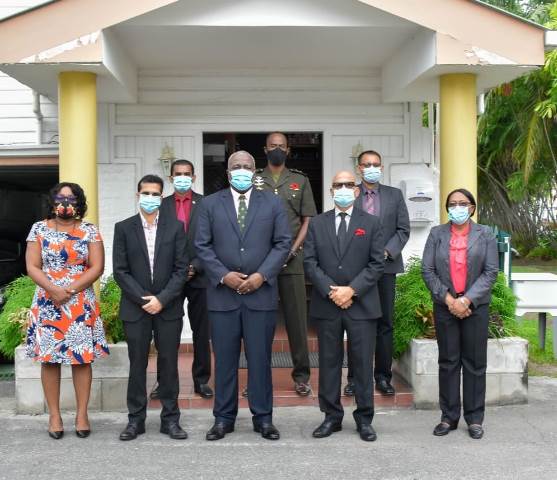 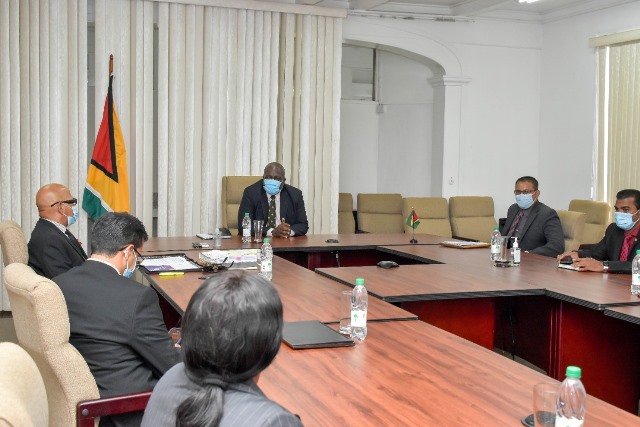 The Prime Minister said the energy sector has a major role to play in Guyana’s development especially in renewable energy, and he expects a substantial amount of work from the Board that will set the stage for the development of the sector going forward.

“The Guyana Energy Agency will be playing a very important role as we seek to make available increased and reliable energy to the people of Guyana, not only from the traditional fossil fuel or the natural gas project, but what I consider to be important and more sustainable is the thrust towards renewable energy for Guyana,” Prime Minister Phillips said.

Meanwhile, the new Chairman said that he is honoured to have been chosen and is encouraged by the Prime Minister’s direction.

“I am heartened by the comments made by the Prime Minister… with respect to the role and functions of the GEA. The GEA will be expanding its role and we spoke about the energy mix; we look forward to working with the existing staff of the GEA. We recognise that they are people with a wealth of experience and institutional knowledge,” Mr. Khan said.

Chief Executive Officer – GEA, Dr. Mahender Sharma, an ex-officio member, said he was pleased with the appointment of the new board.

“We are blessed to have a wide set of new skills available to us…The GEA has a very large mandate ahead of it and the Prime Minister articulated what is expected of us, in terms of fulfilling the energy diversification efforts of the Government of Guyana,” Dr. Sharma said.