Private entities are throwing their support behind the Department of Social Cohesion, Culture, Youth and Sport as it prepares to host Guyana’s 50th Republic anniversary and Mashramani celebrations.

During a media briefing on Wednesday, Permanent Secretary Melissa Tucker announced that the department has garnered the support of several private companies to ensure this “momentous milestone” is properly observed. 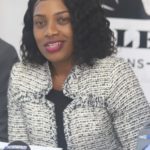 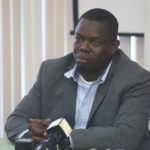 Existing partners Banks DIH and Ansa McAL who have supported the country’s Mashramani activities will continue their efforts, this year. Caribbean Airlines who came on board two years ago will offer a five percent discount promotion on their North America and Caribbean airline destinations, starting January 22 and ending February 18.

According to Tucker, “Our calendar of events would not be possible without the contribution of our sponsors and partners… while the department would be able to offset the budget, it is an important platform for corporate Guyana to get on board and support those activities.”

Mash Coordinator Andrew Tyndall highlighted that several pop-up concerts featuring both Chutney and Soca contestants have been held in Regions One, Two, Four, Five, Six, Seven and 10. These have garnered huge support and given the artistes much-need publicity allowing them to increase their fan base.

Tyndall reminded that persons can go to the department’s 2020 Golden Jubilee’s Facebook page for the calendar of activities.

The next event will be the Chutney Explosion and Curry Fest on January 25 at the Leonora Track and Field Centre. The occasion will feature a car and bike show, duck curry competition which will be followed by a concert spotlighting KI & The Band and local contestants of the Chutney competition.