The Region One Health Department, through the port health department, is preparing to deploy medical teams to migrant settlements once again. This initiative is being carried out to deliver follow-up health services to the migrants.

Minister within the Ministry of Public Health, Dr. Karen Cummings, while delivering the feature address at the 49th Republic Anniversary Flag Raining Ceremony in Mabaruma, highlighted the efforts of the regional health department to intervene and provide a tangible health response to incoming Venezuelans. 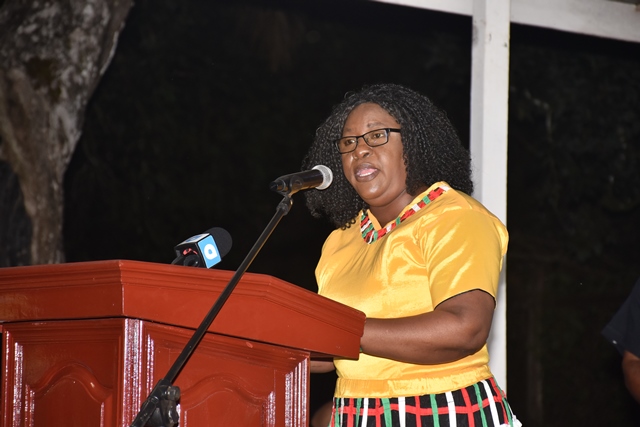 The residents were informed of some of the services offered, as the minister highlighted that pharmaceuticals among other supplies were given to the migrants.

“Our Port Health Department had established posts in five areas: Yarakita, White Water, MV Tamakay, Morawhanna, Kairako. A total of 21 persons manned these posts on a monthly rotation from August to October 2018.”

Medical professions ranging from doctors, nurses, environmental health assistants, and medical extension officers (medexes) were on duty tending to the medical needs of migrants. The resuscitation of this service is expected to provide healthcare service to migrants while safeguarding the health of Guyanese, especially those in Region 1.

The minister explained to the residents that Region 1 is facing the influx of Venezuelans fleeing their country because of its current hostile political climate.

“Critical elements like water and sanitation, public health care, accommodation and security are being addressed at the national level with support from the regional administration. Only recently, efforts were made at establishing a One Stop Reporting Referral Centre for the increasing number of Venezuelan migrants with specific focus on child-related issues,” Minister Cummings said.

Following the economic crisis in neighbouring Venezuela, migrants have been crossing the border in search of better living conditions in various countries.

The Civil Defence Commission (CDC) has been taking the lead in Guyana with assisting the migrants here with donations pouring in from the various organisations and the business community. The government has been effectively ensuring that the migrants are legally documented and screened by health personnel to ensure the safety of residents in the border location.