The need for citizens to select a trustworthy administration was emphasised by His excellency President David Granger at a well-attended rally at the Golden Grove Community Centre Ground this evening. 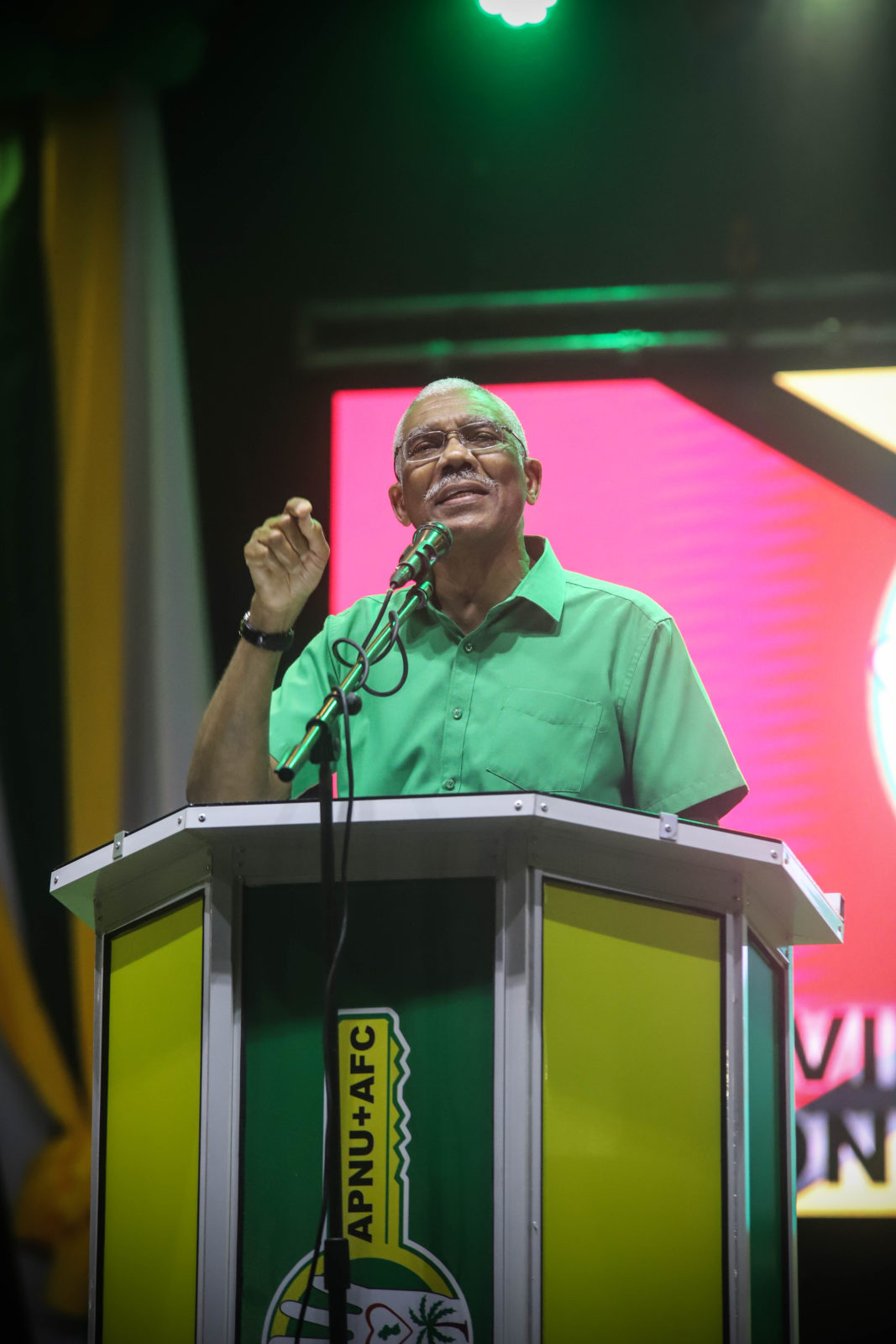 President David Granger addressing thousands of supporters at the Golden Grove Community Ground Rally on the East Coast of Demerara.

The Head of State explained that with four out of ten of Guyana’s population residing in Region Four (Demerara, Mahaica) – the smallest region but with the largest amount of people which meant that a convincing majority of votes would mean certain victory come Elections’ Day.

Attendees were informed that only 75 percent regional voters cast their ballot in 2015, and the Coalition only won 61 percent of the vote versus the People’s Progressive Party Civic’s (PPP/C) 39 percent.

“This time let us not make the mistake. I don’t want 75 percent to turn up. I want 80 to 85 percent of the people in this region. If we get that mobilisation, we win countrywide!”

The President reminded of the impact of the Guyana Youth Corps, a modernised version of the Guyana National Service disbanded by the previous administration and the benefits to youths now being wrought. He also noted the positive impact of programmes such as “SLED” on the lives of women countrywide.

“Tonight, we see a force of students who want to enjoy the benefits of free education from Nursery, Primary, Secondary all the way up to Turkeyen for tertiary education. And they know that only the Coalition government will deliver that free education… Tonight we see a force of women who are prepared to go out and make a living that is why we established organisations and projects to sustain livelihoods,” he declared.

His reminder of the more than 70 percent salary increases; pensions and allowances was met with thunderous applause from those gathered 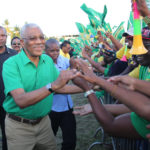 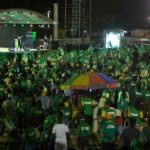 Some of the Coalition Government supporters at the Golden Grove Community Ground Rally on the East Coast of Demerara. 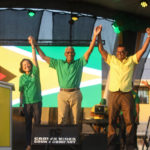 The President also noted his historic and unprecedented decision to have eleven qualified women in his Cabinet, “Never before have there been eleven women in Cabinet and Granger did it.”

The Head of State underscored that his Coalition Government – comprising six parties – brought an end to winners take all politics’. This administration he said is the only trustworthy force to unite and take all of Guyana forward. 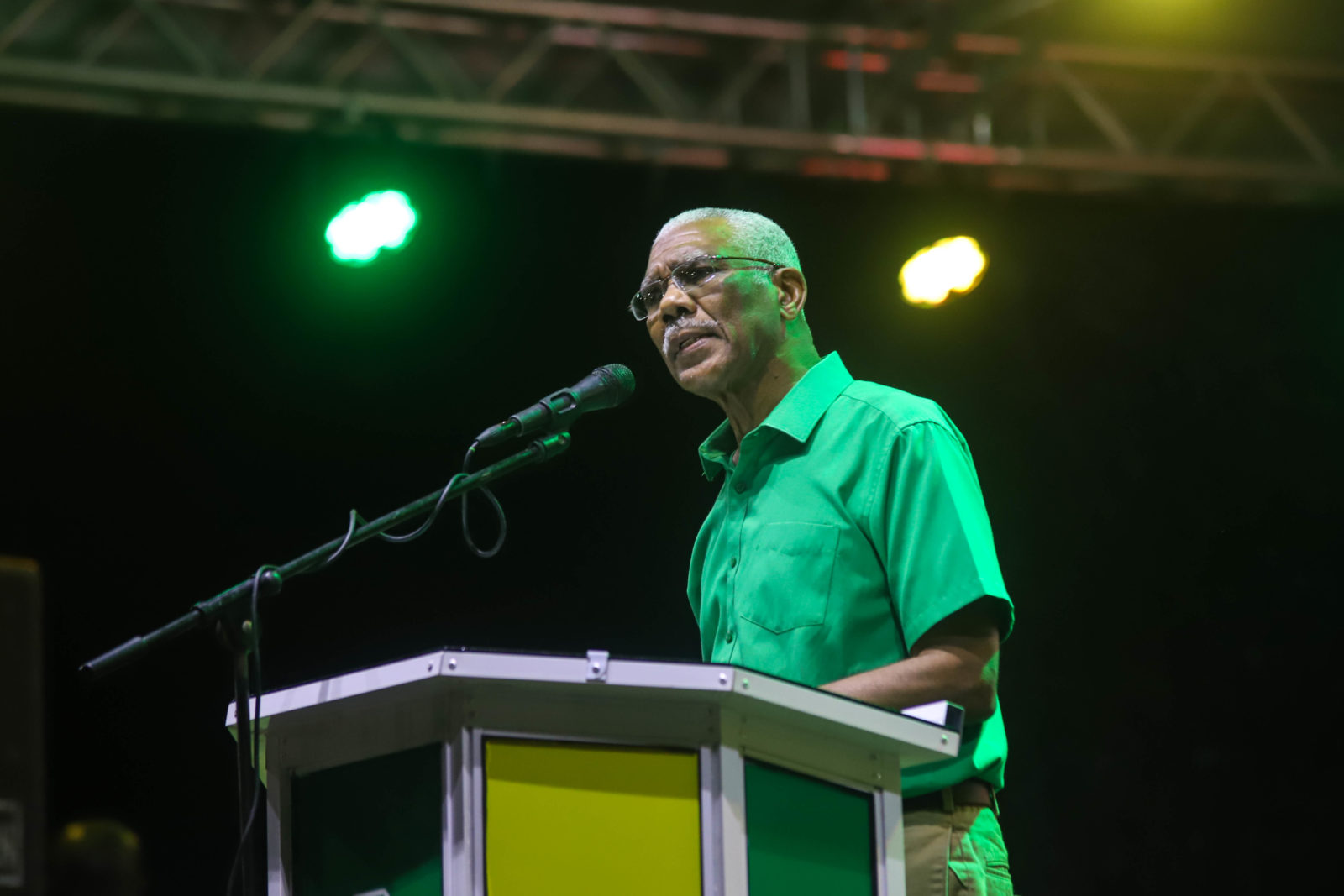 President David Granger addressing thousands of supporters at the Golden Grove Community Ground Rally on the East Coast of Demerara.

“We are unbreakable. We are unbeatable and we are going to win again! This is not a coalition, it is a national movement.”