Recount does not alter previous 10 declarations made – AG

The AG was at the time addressing the media outside the Arthur Chung Conference Centre where the recount is taking place. 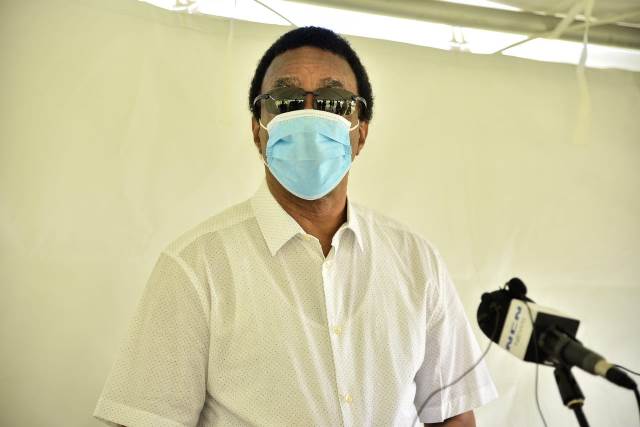 Minister of Legal Affairs and Attorney General (AG) Basil Williams S.C. speaking to the media on day 11 of the recount

He made clear that GECOM has to work within the framework of the electoral laws of Guyana. Therefore, the powers the commission has Under Section 22 of those laws allow them to solve prospective problems that would occur but cannot erase or act retrospectively to reverse concluded decisions made during the process of the elections.

The recount process is not taking place under the Representation of the People’s Act. It is being conducted due to an agreement with the President, Opposition and the Caribbean Community (CARICOM), AG Williams reminded.

The opposition he said recognises that the results previously announced are legitimate, hence their efforts to discredit them. He, however, pointed out that only an election petition can discredit those declarations.

“The law remains the law, so, at the end of the day, the law will determine what happens.  As I said, the electoral laws state that 10 legitimate declarations have been made, they have been laid over to the CEO [Chief Election Officer]. The national recount falls under a constitutional provision and the purpose that it is serving is to examine what happened on that day.”

AG Williams noted that notwithstanding the anomalies that are uncovered or which party it affects, the recount only impacts the issue of credibility of the elections. “And thus far, the recount has shown an attempt by the Opposition to gerrymander the elections.”

Restating that the ten 10 declarations made by GECOM come under the electoral laws, he noted that only an election petition can state otherwise.