A maternity waiting home for high risk pregnant mothers is to be completed in Region Two (Pomeroon/Supenaam) before the end of May 2017. 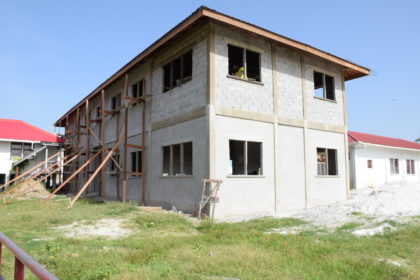 The maternity waiting home under construction in Region Two

In an interview with the Government Information Agency (GINA), Regional Health Officer, Dr. Afarrah Khan said this is one of the major projects in the health sector and that it will give them a better opportunity to monitor high risk pregnancies. “We are looking to have them in our facility where we can actually monitor them until they deliver, and we say they are safe to go back home,” Dr. Khan noted.

Dr. Khan further explained that this new facility will help to reduce the number of maternal deaths. Once the doctors and midwives identify high risk patients, they are referred to the clinic at the Suddie Hospital. “The specialist decides who stays, who needs monitoring and evaluation, and so we keep a close check on these patients so we can have no maternal deaths,” she explained. 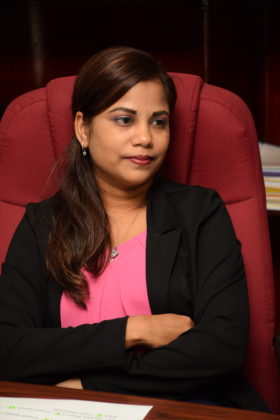 The Ministry of Public Health with funding from the Inter-American Development Bank (IBD) introduced an initiative in early 2017 with the aim of keeping avoidable maternal deaths at bay. This initiative was introduced as a result of Guyana being among five in the Caribbean and the Americas with the highest rates of maternal mortality, according to the latest report. The report, ‘Trends in Maternal Mortality Estimates 1990 to 2013’, reveal changes in maternal mortality worldwide and by region and country.  It was produced jointly by the World Health Organisation (WHO), UNICEF, the United Nations Population Fund (UNFPA), the World Bank and the United Nations Population Division in 2014.

The construction of this new facility will cost $28 million.  This facility is expected to house 20 persons at a time and they will be provided will three meals daily and regular checkups.