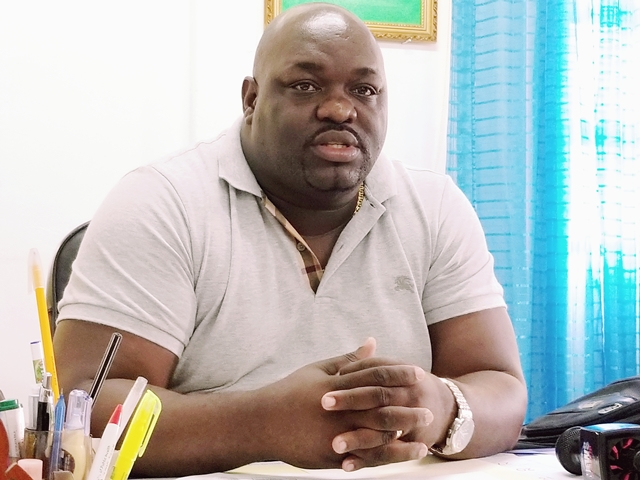 At a press conference held Friday morning at the Regional Health Services, Stephen noted that Samantha Kennedy who was appointed approximately 2 months ago to fill the post of Acting Chief Executive Officer at the New Amsterdam Hospital, “Still serves in that capacity and has not been fired”

According to Stephen, this falsehood was made by a People’s Progressive Party Civic (PPP/C) regional councillor Zamal Hussain, on Thursday (February 8, 2019) during the Regional Democratic Council’s statutory meeting.

However, the Director pointed out that he could not refute the claim at that moment because he is only allowed to speak at the RDC meeting when permitted by the Regional Chairman.

Stephen said a few minutes prior to Friday’s press conference he was involved in a meeting with the Acting Chief Executive Officer Dr. Samantha Kennedy and other doctors and Regional Executives. Stephen noted that during the meeting Dr. Kennedy pledged to continue working towards setting standards at the New Amsterdam Hospital in order to better serve the residents of East Berbice Corentyne.

Recently a protest led by the same councillor was held in front of the New Amsterdam Hospital calling on the Ministry of Public Health to remove Dr. Kennedy from her position.