President David Granger believes that West Berbice has the opportunity and potential to become the Caribbean’s rice bowl. The Head of State premised his belief on the fact that the region is rich in natural resources and has one of the most successful agricultural schemes, (the Mahaica Mahaicony Abary/Agricultural Development Authority (MMA/ADA).

The President, speaking at the Region Five Chamber of Commerce’s recently held two-day Expo and Trade Fair, under the theme ‘Building a Diverse Economy’, assured residents that his government has no intention of damaging the region’s agricultural potential.

The President said that West Berbice is a very important Region to the country, and the Caribbean Community. He highlighted that Region Five ‘is an agricultural power house.’

Challenges can be overcome if all stakeholders start cooperating and stop protesting, the President stated. “The West Berbice Chamber of Industry and Commerce is in a good position to lead the demand for change and diversification,” President Granger said.

The President pointed out that Central Government, the Region’s Administration and other stakeholders can work together to develop a Regional Economic Action Plan (REAP), that will see solutions to tackle the challenges that the region face. 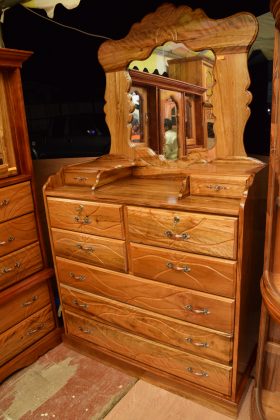 Regional Chairman (RC) Region Five, Vickchand Ramphal expressed happiness that the Expo was held for the second year. He noted that all “stakeholders must work together to make Region Five economically and socially stronger.” The RC said the event provides for the creation of more industry that will improve commerce. Ramphal highlighted that all citizens must enjoy, “a sober political atmosphere.” He pointed out that many residents of Region Five especially the farmers have heeded the President’s call to produce more products and to get involved inccottage industries.

Additionally, President of the Region Five Chamber of Commerce, Imran Saccoor said that the Expo and Trade Fair was intended to revitalise commerce in the Region. Sacoor posited that excitement is in the air with the pronouncement that there is opportunity for Township in Region Five. Saccoor said that when such an initiative takes place, it will strengthen the Region’s economy.

Sacoor implored farmers to take advantage of opportunities which would allow them to advance technologically, and adopt new initiatives that will increase their yields. He explained that recently the spraying and sowing of paddy in the region were done by plane and the farmers testified that their yields have increased by 40 percent.

The Expo and Trade Fair saw exhibitors from the agricultural sector, furniture making businesses, Food for Poor (Guyana Inc), the Regional Health Office, NAMILCO, and the Small Business Bureau (SBB) among others. 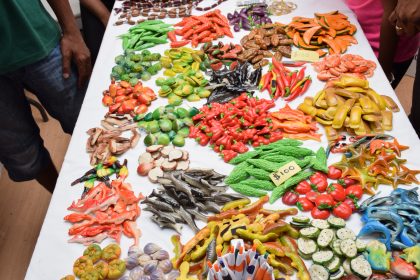 Food for the Poor displayed the items that they receive from charities, and highlighted what the organisation does for the less fortunate in the country.

Bunny and Sons Furniture Establishment had on display furniture including kitchen cupboards, chest of drawers, bed frames, cabinets and closets.

The Administrative Department of the Regional Democratic Council had on display their ‘Model Economic Expansion Agricultural Farm’. Frank Blair, Agriculture Teacher who designed the model said it is one that the region is embracing, and is encouraging other farmers to embrace, as well.

Meanwhile, the Regional Health Office partnered with the RDC to promote healthy eating. Regional Health Officer Dr .Steven Cheefoon said that a lot of people are following a healthy lifestyle. However, the doctor said that the vitamins that are required for daily intake are not only found in the tablets that are being sold at pharmacies, but can be found, “naturally in fruits and vegetables, which is the right way to take them.” 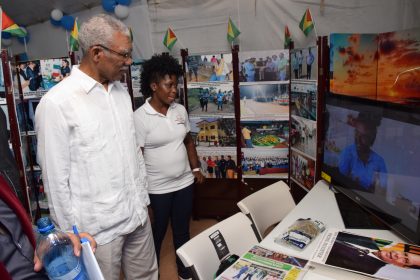 The SBB provided information to the residents of the region on how they can access small loans from the Bureau, the requirements and criteria.

Meanwhile, the Mahaica Women’s Group, a recipient of an SBB loan had on display candles, dry sorrel, and craft items among others. Debbie Argyle who is in-charge of the group, said, “I am very happy and proud of the women that I work with.”

The Government Information Agency (GINA) also had a booth at the Expo and Trade Fair with information on Guyana and the respective Ministries of the Government. 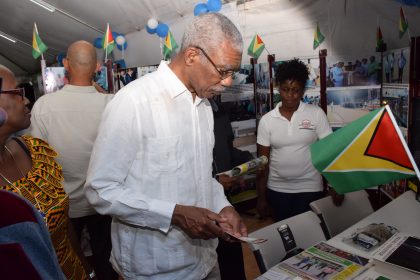