Minister of Parliamentary Affairs and Governance, Hon. Gail Teixeira has assured residents of Mahaica-Berbice (Region Five) that they will benefit from more access to Government services, after being neglected by the previous administration.

The Minister made this pledge during her engagements with residents of Mahaica Creek, Jacoba and Bath Settlement on Friday.

“The $25000 COVID cash grant brings immediate relief to family […] It has made an impact on many communities; they can now purchase items. We are 99 per cent finished [distributing the grant] in Region Seven.  We have finished in Regions Eight and Nine, so now we are moving on the coast. We have injected $4.5 billion into the economy,” Minister Teixeira said.

With the Hon. Dr. Frank Anthony at the helm of the Health Ministry, there has been an increase in COVID-19 tests, while hospitals have been given vital equipment to treat the disease.  These and other achievements to date, must all be attributed to President Ali’s leadership, she said.

The Minister added that much more is in store for 2021, particularly as developments in the petroleum industry advance. She also noted plans for major infrastructure projects, including a bridge across the Corentyne River and others.

“There is a lot of things we have to do in all the sectors. We are going to be looking at new laws, amend laws that have to be changed to be able to rectify just like we did with the taxes. We also have to deal with the governance issues; how do we govern ourselves, whether Regional Democratic Council, the Neighbourhood Democratic Council, in the non-governmental organisation, in the Ministries and Cabinet,” Minister Teixeira explained. 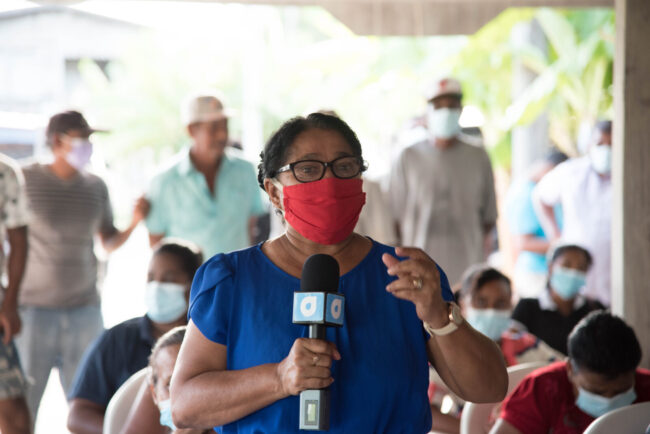 This woman poses a question to Minister of Parliamentary Affairs and Governance, Hon. Gail Teixeira during a meeting in Region Five 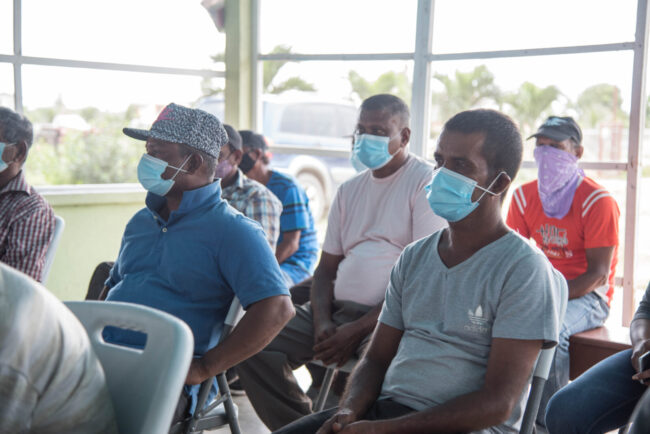 These gentlemen pay keen attention to Minister of Parliamentary Affairs and Governance, Hon. Gail Teixeira during a meeting in Region Five on Friday

Meanwhile, residents raised several concerns including issues related to land transactions and drainage, under the previous Government. They also asked about the availability of jobs, housing and other issues.

While some matters were addressed on the spot, Minister Teixeira and Regional officials pledged to remedy the others as soon as possible.