Fifty-two-year-old Lolita Wong is a businesswoman living and plying her trade in the Mabarumba sub-region of Barima-Waini, Region One. She is also the first person to have been diagnosed and recovered from the novel coronavirus (COVID-19) in the region.

Wong shared her story with DPI.

In early April, Wong set out for her routine trip to Georgetown to purchases items for her business. She recalled following the guidelines of wearing a mask and sanitising however she could not avoid going into the heart of the city since that was where she purchased the majority of her stock.

Wong spent eight days in the city and then returned to her home town, Mabaruma to continue managing her business.

About two days later, she began feeling pain in her joints and had a prolonged dry cough. Thinking that it was probably a cold Wong administered several home remedies. However, after some consideration and comparing her symptoms to that of the virus she sought medical help.

After meeting with the doctor, she was advised to take a COVID-19 test. Within 24 hours her worst fears were confirmed – she has tested positive for the virus.

She was assured that this was not a death sentence but would have to be isolated for a minimum of 14 days until recovery.

“To be isolated is worse than having the virus itself… After I went in, they explained to me that since I’m positive, I’d have to spend 14 days then do a recheck. So, on the 15th day, they tested me again and the results came back, it was positive again and I said to myself, I don’t know if I could make it through this.” Wong explained.

Wong stayed a few more days in isolation and was tested once more, that result was negative giving her hope. However, she still needed another negative result before she could be declared recovered

Unfortunately, the next test came back positive.

Wong described this period as a roller coaster journey and related that at the time she even questioned the accuracy of the tests. All the while she continued to pray for the best. 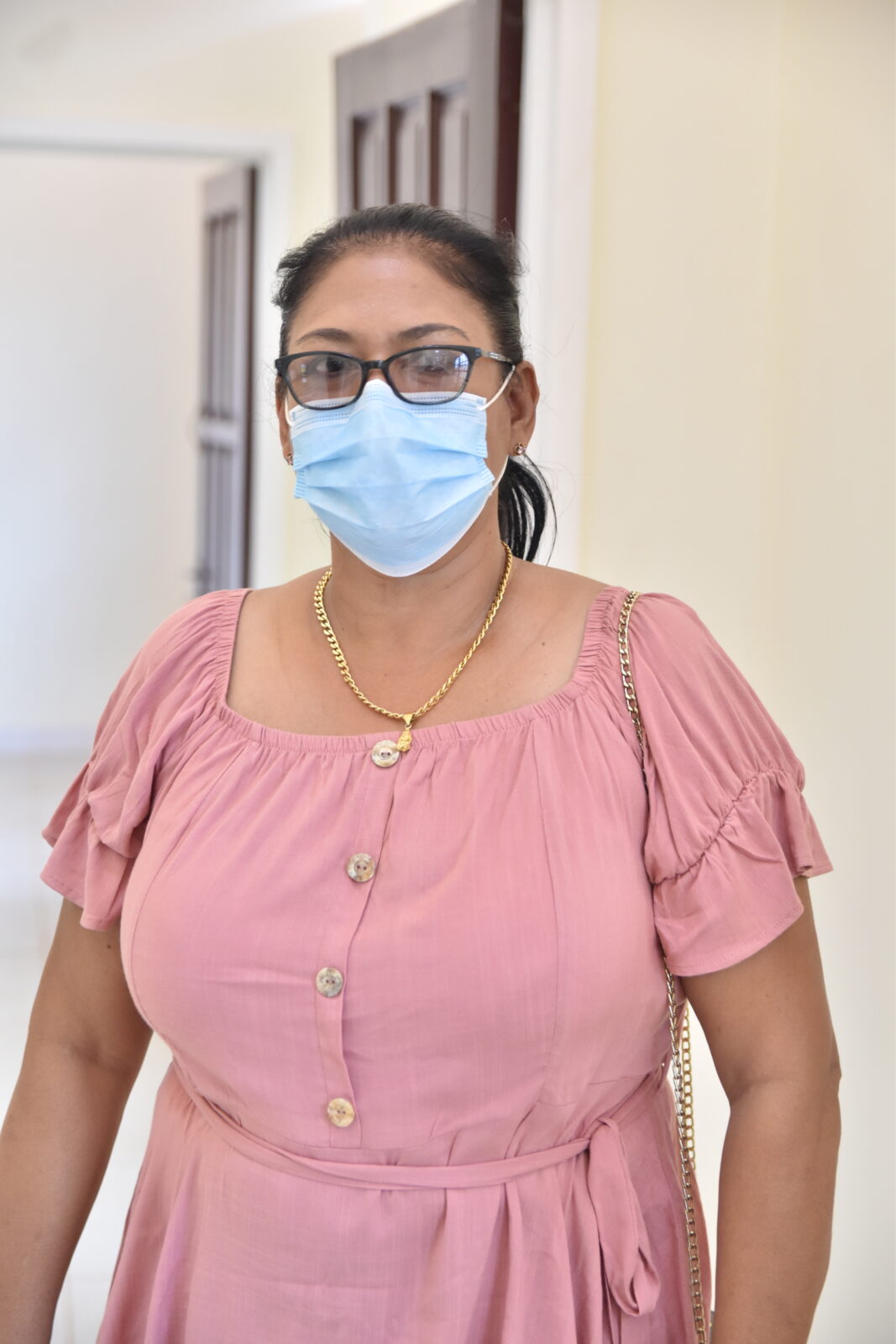 Lolita Wong, Mabaruma businesswoman who recovered from the novel coronavirus

Thirty-four days had past and Mother’s Day was approaching. Her children thought that they might have to spend the day without her but two more tests had been conducted and the results were in.

Wong had been medically cleared and then discharged; she was fully recovered from COVID-19.

Since the day of her diagnosis her personal life, business and those around her have been impacted, Wong relayed.

“The hurtful part of this whole thing is that when you have the virus, the discrimination is very, very sad. I went through it, a lot of people discriminated against my family members and my staff,” she said.

Adding, “It was very hard on me. Being away from them wasn’t really nice, the business had to close and no one wanted to do stuff for us.”

Despite this, she has returned to her life, making the necessary adjustments to avoid infecting her family and staff. She is also speaking out about the realities of the novel coronavirus.

“A lot of persons are not taking it seriously. Some people claiming it is political and are saying COVID-19 is not real. They are saying it’s because of the election recount and a lot of other nonsense. But I’ve been through it and I know it is real!”

Wong is also urging persons to adhere to the emergency guidelines – staying at home, practising social distancing and if they must go out, wear a mask and sanitising /washing hands frequently.