One hundred and eight (108) hinterland patients were medically evacuated, on 106 flights during the second quarter of 2016. These evacuations cost approximately $41.3M, according to the Ministry of Public Health’s Regional Health Services (RHS) Department.

The RHS recorded a satisfactory second quarter in terms of health care provision in the hinterland, its Director, Dr. Kay Shako said.

Three hundred and fifty-five (355) other people benefitted from services including high risk clinics, eye care, ultrasound and Visual Inspection using Acetic Acid (VIA) from an outreach in Region Nine. Seventy-two (72) persons also benefited from surgical interventions from the same outreach in areas of general surgery, orthopaedics, obstetrics and gynaecology. 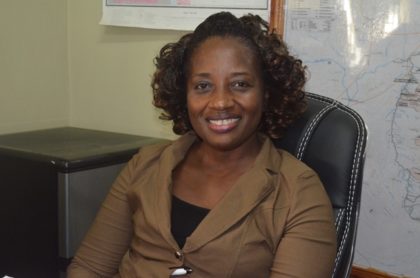 The Cervical Cancer Screening Intervention in the hinterland has also seen numerous women benefiting from VIAs. However, of these, only four women tested positive and have benefited from 100% cryotherapy and other necessary treatment.  Two new VIA sites were also established in the hinterland regions and are fully functional. Three other such sites are on the cards, but are currently hindered by a lack of adequate equipment, and in some areas, including Lethem, shortage of personnel.

In the area of supervision, the department continued to conduct visits to Mabaruma, Port Kaituma, Mahdia, Aishalton and Lethem hospitals, along with simultaneous site visits to the Port Kaituma Hospital project, and Ministerial and other sectoral visits. Hinterland health care facilities continued to be monitored daily.

During, the second quarter, the department also turned its focus on strengthening the human resource capacity in hinterland communities. The RHS also continued to deploy medical doctors to the hinterland, while those who have completed their hinterland stint have been re-assigned duties at the Georgetown Public Hospital Corporation (GPHC) and Diamond Diagnostic Centre.

Additionally, efforts continued to be made to have the requisite specialists for locations with operating theatres (Mabaruma and Lethem). A request was recently made to the Cuban Embassy for specialists to be included as part of the Medical Brigade, which supports the local health care sector.  Among the specialist areas required are anaesthesia, general surgery, obstetrics and gynaecology, internal medicine and paediatrics.

These areas have traditionally been served by specialist/surgical outreaches with the aim of providing direct support to the region through the provision of VIA screening, mental health services, pediatric clinic, ultrasound and ophthalmology services and surgeries among other services which are not readily available in these regions.

All district hospitals and health centres in the hinterland continued to be managed by medical doctors.