RNA & DNA vaccines used for the first time ever, as world grapples with COVID-19 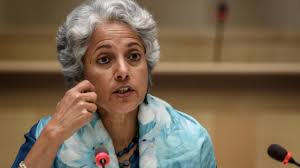 To date, more than fifteen million people have been infected with the highly contagious novel coronavirus (COVID-19), while over six-hundred-thousand have died.

As vaccines are in development, two novel vaccine platforms have been warranted as vaccine candidates for the new disease.

“This time around we have two completely new platforms that have never been used in humans before,” Dr. Soumya Swaminathan, Chief Scientist of the World Health Organization (WHO) said.

“You are straightaway taking the messenger RNA or an RNA off the virus and injecting that into the body […] Then the messenger RNA gives the message to the human cell to start making the protein of the virus, which then induces the immune response,” Dr. Swaminathan explained.

The vaccine trials then start with animals before moving to humans in three phases. Phase one includes about fifty elderly volunteers to assess safety, while phase two tests safety and immune response in several hundred people.

The final stage tests efficacy in thousands of healthy people, who are not infected. Half are injected with the vaccine and another half with a placebo or another vaccine previously used in humans. They are then followed for months to see how many develop COVID-19.

Dr. Swaminathan said that a lot of these steps have been accelerated to push vaccine development for COVID-19, however, using the new platforms adds difficulty.

Phase one of human trials did not start until 8-10 weeks after the genetic sequence of the virus was made publicly available by China in January.

“Today we have about 24 vaccines in human clinical trials at some phase or the other,” the scientist said.

Dr. Swaminathan explained that the numbers are good and create a robust pipeline of vaccine candidates, especially since the success rate for vaccines is usually 10 percent.

The WHO expects vaccines to be available by the end of 2021 for distribution to different parts of the world.