Recent outcry from Mocha Arcadia, East Bank Demerara residents for the impassable roads to be fixed have resulted in the Public Infrastructure Ministry embarking on infrastructure works towards providing relief.

The residents are now benefitting from on-going road rehabilitation works as well as erection of street lights. 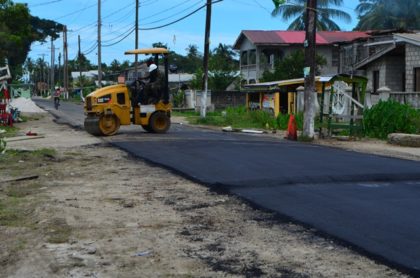 A section of the asphalted Mocha Arcadia road

Walter Bacchus a resident of the community told the Government Information Agency (GINA) that, “the development I see in the place right now, I never expect it especially so quickly, the lights on the road and so. I was one of the people who protest for the condition of the road when they developing these schemes… They do the road and everything start coming. The way Mocha looking right now, I never expect to see it so early.”

Robert who has been a resident of Mocha all his life said, “The road that you standing here on is long overdue, from since 2012 the Ministry repaired this road on three occasions. They did it and days after it went back to square one. They did it in 2012, 2013, 2014, and 2015. People been writing letters in the papers and no response and when (we took) serious action then they got the message. All the roads in this village bad, even to the bridges bad so it’s a blessing that is happening here and we thank them for it.” 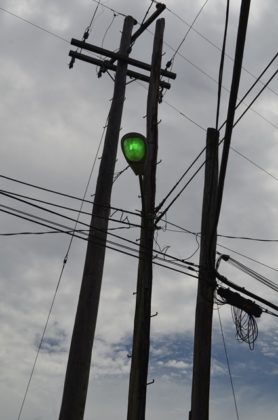 Walter Giles another resident said “after a long time now we get a massive development in the community. We get road, we get light, seems as though we will get everything in our community and we feel good about it seems like we have much more to come. We have a lot of machinery around us and we feel quite comfortable at the moment with everything that is happening around us. We’re only waiting on the play field to be done to get our sports going.”

Mocha Councillor, Raeburn Jones explained that several complaints were made to the Ministry of Public Infrastructure which led to the rehabilitation works. He noted that he is satisfied with the quality of the work carried out and hopes that other roads are upgraded “almost immediately or in the near future” in the community. 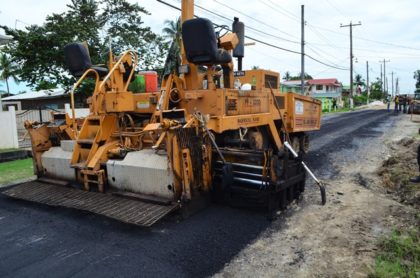 Road Supervisor, Ministry of Public Infrastructure, Marlon Mc Rae explained that the road will be excavated and will be asphalted two inches thick. He pointed out that the Providence Police Station Street will also be completed.

The Mocha road was built in 1964, but has been in a state of disrepair due to lack of maintenance. Over the years there have been several reports of accidents which led to protests by angry residents. 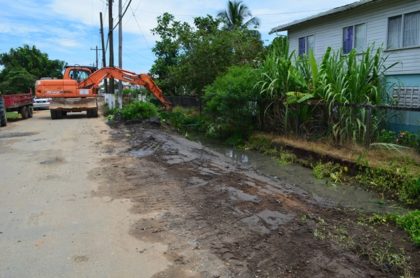 Road works carried out on the Mocha Arcadia road