The Mayor and councillors of Rose Hall are working towards solving the issues that are plaguing the Region Six town, Mayor Vijay Kumar Ramoo told the Government Information Agency (GINA).

The smallest town in Guyana elected its fifth mayor after 15 years following the Government’s promise to re-introduce Local Government Elections. The town was previously run by an Interim Management Committees (IMC). 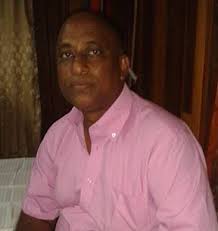 The mayor said that low revenue income has caused the municipality to suffer major setbacks since a number of the market vendors abandoned their spots for various reasons.

“For the last couple of weeks, we (municipality) have viewed a tremendous dip in the market’s revenue collection which is used as our base to cushion the cost of some works, and even help to pay the staff,” Ramoo explained.

He noted that the municipality recognised that the vendors decided to occupy the main road to sell their produce. A number of vagrants also dwell on the main road at nights, and this has led to a few businesses being robbed.

Ramoo explained that the municipality held discussions with the roadside vendors about making payments for occupying their current location however, he said the vendors were adamant that they would not pay the council because, “They now fall under the Ministry of Public Works, and they are no longer under the municipality’s control to make payments.”

The mayor noted that he has, “checked the books and viewed that we are 19 per cent  deep, definitely because $200,000 too deep, which is a lot of money because we used to collect close to $2M, you know… it is affecting our employment abilities since we are short of staff.”

Additionally, Ramoo said that the municipality has requested the intervention of central government since one of the town’s main roads and a cemetery are deteriorating rapidly. This situation has led to the erosion of several tombs. He added that the Ministry of Public Infrastructure’s consultant has inspected the infrastructural works to be done and will be providing his recommendation.

The municipality will be purchasing an excavator and truck at a cost of $12M and $4M respectively, to build the town’s capacity.